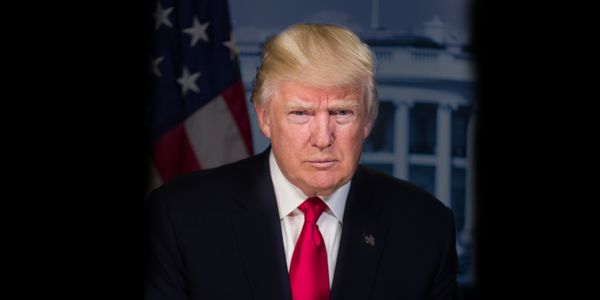 Democrats, Do Your Jobs and Impeach Trump Now!


We have waited for this moment — fought for it, canvassed for it, phone-banked for it, and now it's finally here. Democrats have just won back the U.S. House of Representatives, changing Congressional politics in a major way.

As the majority party, they will now have the ability to start investigations, set legislative and policy priorities, and provide a crucial check on the Trump administration. Oh, and there's something else: now they can also start impeachment proceedings against Donald J. Trump to remove him from the Presidency.

It may sound too good to be true, but it's not. It's the reality. And it's come just in the nick of time.

We already knew that Trump and his family and his election campaign were in bed with the Russians. We knew that he loved dictators and brutal "strong men" all over the world. And we worried that, when he became president, he might take our country in an ominous direction. But, honestly, things have gotten even worse than we feared:

• He wants to erase trans people out of existence, by rewriting definitions of gender such that no room for "transgender" even exists. This is some chilling stuff right out of the book 1984.

• He loves white supremacists. When racist, misogynistic white men commit domestic terrorism attacks against members of this country — by sending pipe bombs to prominent news organizations and Democratic politicians; by murdering African-Americans in cold blood; by massacring Jewish Americans in a synagogue — Trump still believes we should be sympathetic to "both sides" of the story.

• He's locked up CHILDREN in CAGES. This cannot be stressed enough. He ripped THOUSANDS of children away from their families, threw them in a holding facility together with inadequate healthcare, food, clothing, and warmth, and heartlessly blamed their parents. Even now, hundreds of children are still languishing in detention centers, without their families.

This list could go on forever. But one thing is clear: if Trump is not removed from office — and fast — our country will be changed for the worse, and the damage will be hard to undo. He must go, NOW, before things get any worse!

Democrats — heed our demands! We voted you into office, and we can certainly vote you out. We brought you in to make our political system honest again and to clear out the corrupted bigots who currently occupy the White House. We are going to hold you accountable. Do your jobs and impeach Trump from office!
Sign Petition
SHAREShare With FriendsTWEETEMAILEMBED
Sign Petition
See more petitions:
You have JavaScript disabled. Without it, our site might not function properly.

Care2
Democrats, Do Your Jobs and Impeach Trump Now!
SHARETWEET