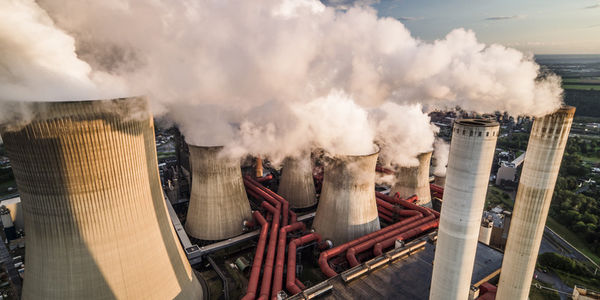 Whoa. Something major just happened. The most prominent energy agency in the world just made an astonishing announcement. In May 2021, the International Energy Agency (IEA) declared that all oil and gas drilling must cease immediately — or we absolutely will face a climate disaster.

For the IEA of all organizations to take such a public position against oil and gas is shocking. Founded in the 1970s during an era of extreme international oil supply disruptions, its main purpose is to focus on increasing energy security, and stability of energy supplies. This has often meant pursuing international coordination to keep oil barrels flowing efficiently to many corners of the world... and yet the climate crisis has now become so severe, even this group is saying "Hell no, oil's got to go."

Sign the petition to stand with the IEA and demand that all major oil and gas companies switch to production of sustainable, green energy now!

The IEA's profoundly strong statement wasn't just limited to condemning oil production. The group also stated that government approval of new coal-fired power plants and new natural gas or oil projects should also cease immediately, sales of fossil fuel-based cars should end by 2035, and the majority of all energy production should come from renewable sources like wind and solar by 2050.

Because the writing has already been on the wall about looming climate destruction, some oil companies are already on the path of transitioning to sustainable energy production, including Shell and BP. Yet Texas-based Exxon Mobil has continued to dig its proverbial heels in firmly, doubling down on dirty energy sources.

And Exxon Mobil isn't the only culprit here. Governments around the globe are also complicit, by continuing to allow wealthy fossil fuel companies tremendous political leverage. In the United States, for example, oil and gas companies often still receive huge tax breaks and even straight-up subsidies, all funded by taxpayers (without taxpayer consent).

It is also governments' responsibility to pass laws that limit fossil fuel production and sales, and to show a genuine commitment to their citizens' health and well-being.

It's time for all fossil fuel corporations, including Exxon Mobil, to switch to creating clean green energy — and government leaders including President Joe Biden must mandate this switch. Sign the petition to save the Earth!
Sign Petition
SHAREShare With FriendsTWEETEMAILEMBED
Sign Petition
See more petitions:
You have JavaScript disabled. Without it, our site might not function properly.