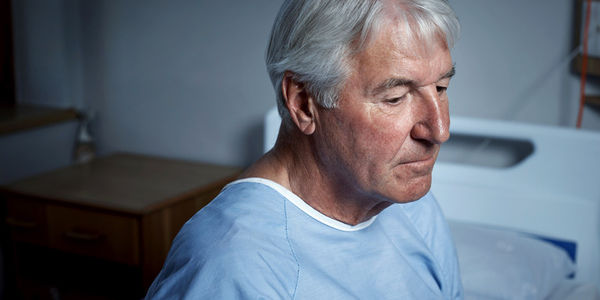 They're locked up during a pandemic, but some states still charge incarcerated people for medical care

Locked in a tightly-monitored community, they have nowhere to go. Then, a virus erupts. It starts small — first with a sneeze from one person, or cough from another — and then it explodes, racing through the whole population, infecting without discretion.

But in many cases, seeing a doctor is difficult if not impossible. Why? Because these individuals are incarcerated adults, stripped of human liberties and rights and stuffed in guarded facilities outside of the free world's sight and mind.

And at the beginning of the pandemic, incarcerated people in most states were required to pay to see the doctor — despite earning next to nothing while performing prison labor.

Sign the petition to demand that all states abolish medical co-pays for doctor and dental visits in prison!

Up until 2019, every single state in the entire U.S. charged incarcerated individuals to see a doctor or dentist. These fees ranged all the way up to $100, but even "lower" copays are still a gigantic burden for prisoners. Most folks in prisons and jails are already low-income (as we know, money talks and gets the 'good lawyers', and police often prey on the already disenfranchised). On top of that, prisoners are often pushed to perform slave labor in these facilities. When they're very "lucky," they get paid $0.08 - $0.63 an hour.

Which means that getting sick and seeing a doctor often ate into every cent they had.

This is a huge issue both because of the human rights implication, and because of general public health. Medical care is an absolute necessity for all humans, regardless of income, background, or current status vis-a-vis our huge prison industrial lock-up complex. Additionally, when people are forced to avoid preventative care or early medical interventions because of cost, their health only gets worse — which translates into needing more expensive care later on down the road. They could even spread infections back into the community, making everyone sick. That's exactly what happened during the COVID-19 pandemic. Many of the nation's worst outbreaks were in prisons.

This is especially rich given that many of the largest conglomerates in the U.S. are corporations that own both healthcare companies and prisons, so they've cornered the market — meaning these companies get double the money. First, they charge states huge amounts of money to lock up and under-serve these individuals. Then, when inmates inevitably get sick from the subhuman conditions they're trapped in, these corporations also get to charge incarcerated patients for the care they receive (if they receive any at all). It's an absolutely grotesque system in which, as always, the rich just keep getting richer.

Luckily, 11 states as well as Washington, D.C. have now abolished all fees for medical care in prisons, starting with California taking a bold first step in 2019. Another 11 states have temporarily suspended these fees for all prisoners during the pandemic. And another 27 have temporarily suspended fees just for those specific individuals who exhibit COVID-like symptoms. One state, Nevada, doesn't care at all and continues to charge incarcerated people the full amount for any medical care — pandemic be damned.

This exploitative and heinous system of forcing non-free, barely-paid, already ill-treated inmates to pay for badly-needed medical care must end throughout the whole country, NOW. It's time for all 49 states that haven't officially and permanently ended these fees to finally do so.

Help us call on these states to pass legislation eliminating copays and fees for incarcerated people seeking out a basic human right: health care.
Sign Petition
SHAREShare this petition with friends!TWEETEMAILEMBED
Sign Petition
See more petitions:
You have JavaScript disabled. Without it, our site might not function properly.

Care2
They're locked up during a pandemic, but some states still charge incarcerated people for medical care
SHARETWEET