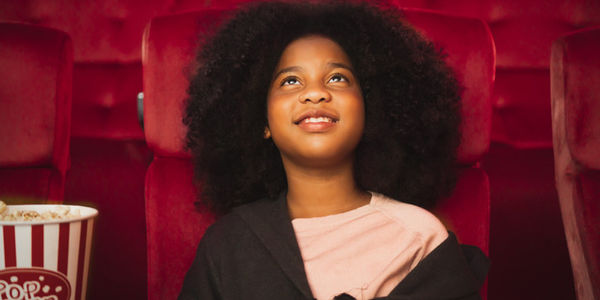 Walt Disney's animated movie studios have finally started increasing the diversity of their writers, actors, storytellers, and stories told -- and it's about time. Finally, we have films like Encanto, Moana, and Coco bringing the cultures of communities of color to the Big Screen, where little kids and adults alike can finally see themselves represented in a beautiful, positive, expansive way.

It needs to continue this trend and expand upon it. In particular, Disney must do more to uplift and highlight the beauty and richness of African-American characters in its animated movies!

Disney still hasn't done much to center Black characters in its cartoon or CGI films. The number of white-led films for kids is endless (Snow White, Cinderella, Beauty & the Beast, the Little Mermaid, How to Tame Your Dragon, My Little Pony, Toy Story, Frozen, Inside Out, Tangled, Brave, etc. etc. etc. etc. etc. to infinity). That's even true of animal-centered films! Can we even begin to count how many Disney has made? But the same can't be said for Black-centered films.

In fact, in two of the only Disney movies to revolve around Black protagonists -- The Princess and the Frog and Soul -- those protagonists are mostly not in their bodies. Instead, they're frequently a frog... and a blue soul blob (but also sometimes a cat).

Tiana, the princess who meets her frog, is actually only onscreen as a Black woman for approximately 17 minutes. 62% of the movie, she is a frog. Joe Gardner, the jazz musician in Soul, is not only launched out of his body and his Blackness -- he's forced to become a cat for a significant period of time, while a White woman body-snatches him, inhabiting his skin. (It's hard not to be reminded of the movie Get Out). As Hope Wabuke writes in the LA Review of Books, this carries the disturbing scent of old white supremacist narratives that equate Black people with animals.

Ryan Mitchell, a culture critic, summarizes the racial aspect of this dehumanization and transfiguration well by asking: "Did Cinderella turn into a pumpkin?"

During the pandemic, Wabuke -- like many parents -- reluctantly began allowing her young son to access more screen time than she originally wanted. And during that pandemic, her son began noticing that there were almost no child-appropriate TV shows and movies featuring protagonists who looked like him. At only 7 years old, he was already butting up against the pain and disillusionment of noticing that Disney didn't seem to value his stories and his community. Of noticing that African-Americans are practically non-existent in many children's programming... erased.

But the hunger and need for more diversity and representation is there. Economics shouldn't be why Disney makes more equitable films, but the truth is, there's a market for these movies. The box office smash success of Black Panther should teach us that. Luckily, Disney's leadership seems to be finally recognizing this. The studio is creating a new Princess and the Frog TV series in 2023, and partnering with a South African film studio Kugali to create a science fiction film called Iwájú. These are great starts, but it simply can't end there. And even more importantly: future films must highlight Black human characters... who stay Black and human throughout.

Representation matters. It matters for young children, for teens, for adults -- for everyone. If Disney had made scores and scores and scores of more diverse films showcasing inspiring Black leads, a frog and a blob might have been okay. But Disney hasn't. And it needs to step up its game... now. Sign the petition to demand Disney do better!
Sign Petition
SHAREShare this petition with friends!TWEETEMAILEMBED
Sign Petition
See more petitions:
You have JavaScript disabled. Without it, our site might not function properly.