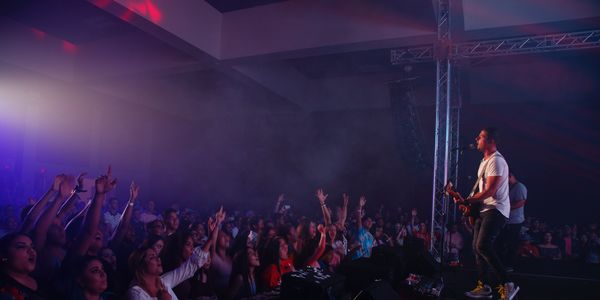 Who Killed the Music

WHAT DO YOU WANT THEM TO DO?
This petition seeks to establish a means of saving one of our most precious sectors, through implementing continued financial support which fairly assesses the varied needs and roles of all workers in the industry.

Without aid, our live music will be a very different landscape to return to, and a great deal of hardworking people will be left unprovided for. We have so much to lose in the UK, if this is not rectified.

WHY IS THIS IMPORTANT?
We are at risk of losing a large amount of our music industry, not just due to the COVID-19 outbreak, but because of the lack of financial provision at this time, for those who work within the live music industry.

Live music is one of the main pillars of our social interaction, cultural union and entertainment in the UK. During Covid we have been reminded of how much we rely on music and other art forms during tough times, and how we turn to the arts to keep us connected as a nation. Live music is also one of the fastest growing and economically vibrant sectors in the UK.

Without taking action, there may not be a live music industry to go back to.

Research from the umbrella group, Live, has shown that an estimated 64% of the sector's 262,000 workers, will be jobless by Christmas. This means that 170,000 people will be unemployed, with the sector facing an 80% decline in revenues this year due to covid measures.

The hardest hit will be the industry's many freelance and self employed workers, 144,000 of which are expected to be out of a job. Permanently employed staff are also at risk, with half facing unemployment when furlough ends.

Most businesses involved in live music have not been able to open for the past 6 months, making them ineligible for the government's new extended job support scheme, which starts next month in place of furlough. Three quarters of live music employees have been using the furlough scheme.

The extended job support scheme only applies to businesses forced to close because of localised coronavirus restrictions, so will not aid those who have already been forced to shut. The music industry of course, being one of the first industries to close as a result of the outbreak. This scheme will begin later than expected, as furlough has been extended until December in light of another lockdown. However, only those who were on a PAYE payroll by October 30th will be eligible for this.

The self-employed will gain financial aid during lockdown (only 20% of their average monthly income), but freelancers are excluded from this. This means up to 2.9 million freelancers across industries will gain no support at all. The government's culture recovery fund has saved 10,000 jobs, but research by Media Insight Consulting shows that it will not prevent hundreds of thousands of jobs being lost.

The ramifications of this are unfair for the vast and varied amount of people involved in making live music happen, who are not being properly considered by our government. To suggest that musicians should simply retrain in other fields, is not only negligent, but shows a total lack of appreciation for the craft and societal benefits provided by live music. It also shows great detachment from an oversubscribed job market and the pressure currently put on a rising number of applicants, whilst the number of jobs decreases due to COVID.

To assume that live music can just pick up where it left off post-COVID, is both naive and impossible. There will not be a normal to come back to and the industry could take years to rebuild.
Sign Petition
SHAREShare this petition with friends!TWEETEMAILEMBED
Sign Petition
See more petitions:
You have JavaScript disabled. Without it, our site might not function properly.

Care2
Who Killed the Music
SHARETWEET