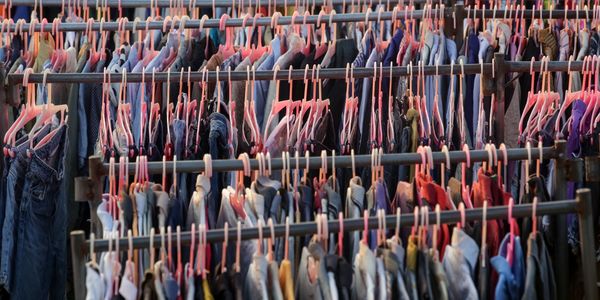 The Most-Mentioned Brand on TikTok Is Destroying the Planet. Demand Change From Shein!

The horrific impacts of fast fashion on the environment are no secret. From literal mountains of dumped clothes in a Chilean desert to massive carbon footprints, the industry is clearly prioritizing profits over planet. And now Shein -- the largest online-only retailer in the world -- is releasing 700 to 1,000 new products a day. We should all be appalled by that number: a thousand new products to be marketed, sold, and quickly discarded are released every single day.

Activists have been sounding the alarm on fast fashion for decades -- but Shein blows most major companies in the industry out of the water, and it's not even close. Estimates suggest the company is producing a whopping 35,000 to 100,000 articles of clothing every single day. Some experts recently found that approximately 70% of products in stock on Shein's app and website are less than three months old.

Despite these planet-destroying practices, Shein's popularity is growing. Last summer, Shein's app became the most downloaded with well over 17 million total downloads -- and that is in part because of their strategic targeting of and marketing to Gen-Z. The company represents 28% of the fast-fashion market in the United States, and experts worry that they will become even more popular in other parts of the western world, too.

But all that popularity comes with dire consequences. The industry is responsible for at least 10% of all carbon emissions, and some experts argue that number could actually be as high as 20%. On top of that, consumers throw away about 60% of the clothes that they buy within the same year. While affordable clothing options are absolutely necessary for people and families who live on low wages in an ever-inflating market, there is no reason low prices need to be synonymous with overproduction. Shein's business model literally depends on a degree of relentless consumption and waste.

Sustainability isn't just about making production more efficient, it's also about reducing production and consumption overall. And Shein's business model is literally built on perpetually expanding the market, convincing more and more consumers to buy clothes that they don't need and discard them mere weeks or months later when they go out of style. Sign the petition now to tell Shein that we are in the middle of a global environmental crisis, and we will not stand for these unsustainable practices! We demand Shein increase their company's sustainability now!
Sign Petition
SHAREShare this petition with friends!TWEETEMAILEMBED
Sign Petition
See more petitions:
You have JavaScript disabled. Without it, our site might not function properly.

Care2
The Most-Mentioned Brand on TikTok Is Destroying the Planet. Demand Change From Shein!
SHARETWEET