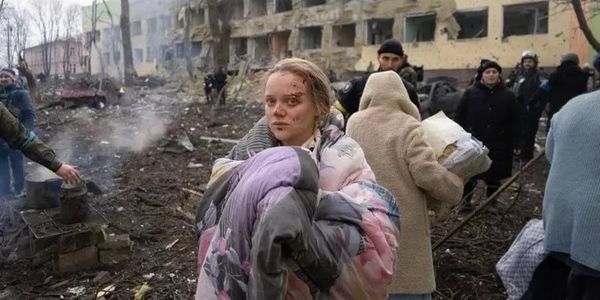 Some Companies Refuse to Stop Doing Business in Russia. They Must Cut Ties, Now!

CARE2 Update, 3/21/2022: We are winning! Bowing to tremendous worldwide pressure to get on the right side of history, PepsiCo, General Mills, Goldman Sachs, JP Morgan, Deutsche Bank, and LG Electronics have halted businiess in Russia in protest of Valimir Putin's violent invasion of Ukraine. But Subway and Burger King have yet to join them. Keep signing and sharing the petition!
-----
Civilians dying in airstrikes against maternity wards and children's hospitals. Apartment buildings shelled to the point of death and destruction. Refugees killed as they try to escape the Russian military and flee for safety. All this is happening because Russian President (and tyrant) Vladimir Putin thought he could get away with anything, with few consequences. That's why it's so important for corporations to show him he's wrong, by boycotting the Russian market.

The point is to end the violence as soon as possible, not to punish regular working-class Russian people. All international companies must show solidarity with the Ukrainian people by withdrawing their businesses from Russia until Putin ends his invasion of Ukraine. Already, more than 300 prominent Western businesses have taken action to end or limit their engagements in Russia. But many more have refused to fully exit the country, putting profits above morals and pretending they can simply plug their fingers into their ears. But that's just not going to fly.

In a rare show of bipartisan unity, more than 75% of Americans agree that companies MUST leave Russia due to Putin's illegal and war-crime-filled onslaught against Ukraine. The U.S. government as well as many other governments is also imposing sanctions against Putin's government, which companies must comply with.

Of course, sanctions do not come without damage. Ordinary Russians who are not Vladimir Putin and his friends will unfortunately feel the pain. Yet even though they did not initiate this war, sanctions help to send an important message: if Putin remains at the helm of the country, inflicting war on other nations, this is what the future will look like. For life to return to normal, the invasion has to stop.

Sanctions and corporate boycotts can help bring peace through several methods. Corporate pull-outs reduce the Russian government's revenue with which it is funding this brutal war. Such boycotts will also help convince regular Russians to take a stance against their violent, corrupt government. And thankfully, many brave Russians are already responding to this call, with tens of thousands of citizens protesting their government's actions over the past several weeks. Experts estimate that, so far, upwards of 14,000 citizen protesters have even been arrested.

Additionally, the Russian government is increasingly cracking down on accurate, facts-based reporting on the military's gruesome attacks in Ukraine. This censorship of media and journalism in Russia means many people are only hearing state-sponsored disinformation, which claims -- for example -- that there is no war in, or invasion of, Ukraine. Sanctions are also a way to share information with everyday Russians, communicating that something truly horrific is really happening, and that is why all these companies are suddenly leaving.

It is imperative that the Russian people see there is a choice: either speak out against Vladimir Putin and his tyrannical, human-rights-abusing, war-mongering regime, or agree to live in a world that does not include access to international markets and products.

We thank those brave Russians who have already protested and spoken out against their government's cruelty in Ukraine. And now we urge all international corporations that remain in Russia -- including PepsiCo, General Mills, Subway, Burger King, Goldman Sachs, JP Morgan, Deutsche Bank, and LG Electronics -- to also do the right thing by cutting ties with Russia.

We must all stand united against war and with the Ukrainian people! Sign the petition if you agree!
Sign Petition
SHAREShare With FriendsTWEETEMAILEMBED
Sign Petition
See more petitions:
You have JavaScript disabled. Without it, our site might not function properly.

Care2
Some Companies Refuse to Stop Doing Business in Russia. They Must Cut Ties, Now!
SHARETWEET