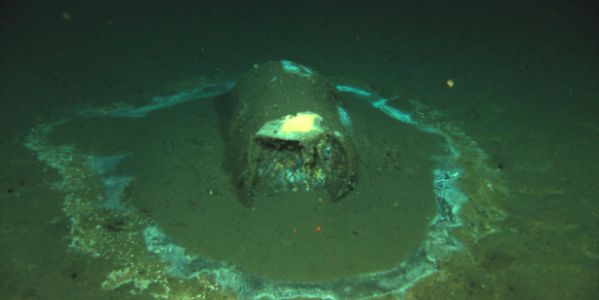 There are half a million barrels of DDT, a toxic chemical, leaking off the L.A. coast!

DDT is a toxic pesticide so dangerous that it kills birds and fish and harms human health too. It was banned in the U.S. in 1972. However, it turns out that the biggest manufacturer of DDT in the country was disposing of the toxic chemical by just tossing barrels into the ocean off the coast of Los Angeles! Even worse, when the barrels didn't sink, they just punctured them, meaning they've been slowly leaking toxic sludge for decades, poisoning animals and humans alike!

Sign the petition to demand the clean up begins right now!

DDT is so indestructible that disposing of it was always a huge problem. But that doesn't make it OK to just take shortcuts that will poison our oceans forever! As it turns out, shipping logs show that every month from 1947-1961, thousands of barrels of DDT were simply dropped into the deep oceans near Catalina Island in California. They would do the drops in the middle of the night, apparently already aware this wouldn't be appreciated by the public. This means there are likely half a million of these barrels slowly leaking right now.

The waste is so deep that it wasn't until 2011 that we had the technology to see that it was down there. But that exploration showed concentrations of DDT 40 times higher than the most concentrated places we knew about before this. The toxic chemical is making its way up the food chain constantly.

The chemical contaminates phytoplankton and then gets moved up the food chain quickly to fish and whales. Sea lions and dolphins especially have suffered the consequences of contamination, including death and health problems. But it's not only sea creatures suffering; the chemical has made its way into birds' food supply, like the California brown pelican, bald eagles, and peregrine falcons.

There has been litigation about this toxic dumping for decades and finally, in 2020, a new settlement was reached assuring us they would clean it up. But it's not the first time this has happened, after which no one actually cleaned it up. In fact, there have been decades of litigation and settlements around this and the EPA genuinely seems to think that leaving the toxic sludge there is a solution.

We need to put public pressure on and demand this project gets underway. The money is there, there are scientists with ideas on how to map the problem and fix it; they just have to start! Sign the petition to demand the EPA do their job and get this toxic sludge out of the ocean!

Care2
There are half a million barrels of DDT, a toxic chemical, leaking off the L.A. coast!
SHARETWEET