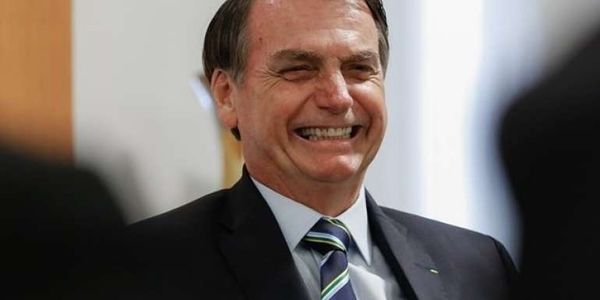 On women: "I wouldn't rape you because you don't deserve it."
On human rights: "I am in favor of torture, you know that.
On Afro-Brazilians: "They do nothing! They are not even good for procreation."
On having a gay child: "I would be incapable of loving a homosexual son."

These are just some of the disgusting things uttered by the "Trump of the Southern Hemisphere", Brazil's president Jair Bolsonaro. Even before he took the oath of office, scientists, human rights activists, and conservationists were all ringing the alarm bells.

By most of the world, Bolsonaro is considered a firebrand, borderline dictator that threatens to pull back decades of institutional structure, norms, and protections that have helped safeguard some of Brazil's most at-risk communities and environments. Since taking office he has threatened to open the Amazon to mining and announced plans to strip indigenous people of their land among many other disgraces.

But now this southern menace who shuns science and puts the environment at risk will now be honored at a gala hosted at one of the world's most preeminent museums dedicated to the natural world.

The American Museum of Natural History (AMNH) plans to host an event for the Brazilian-American Chamber of Commerce where Bolsonaro will be honored as the "person of the year." The only award Bolsonaro is worthy of winning is second place in a Donald Trump impersonation contest. His policies stand in stark contrast to what the museum says they believe and yet they plan to treat him as an honored guest.

After backlash from donors, prominent figures, museum staff, and even Mayor Bill de Blasio himself, the museum released the following statement:

"This is an external, private event that does not in any way reflect the museum's position that there is an urgent need to conserve the Amazon rainforest."

AMNH wants to have their cake and eat it too. Their mealy-mouthed response speaks to their lack of backbone and their commitment to the causes they claim to hold dear. The duplicity is disgusting and must be called out.

Sign the petition and tell American Museum of Natural History to refuse to host President Bolsonaro and cancel the gala now.
Sign Petition
SHAREShare this petition with friends!TWEETEMAILEMBED
Sign Petition
See more petitions:
You have JavaScript disabled. Without it, our site might not function properly.