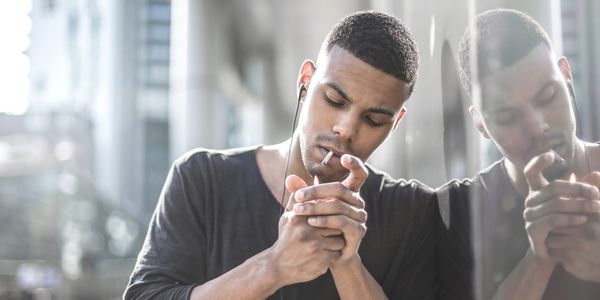 Smoking with traditional cigarettes is the leading cause of preventable death in the world. The habit kills more than 500,000 Americans alone every year. No wonder then why there was hope that the advent of e-cigarettes would help people quit smoking and save lives. But news that e-cigarettes have attracted scores of new underaged users since coming to the market has sparked new fears of a coming public health epidemic.

E-cig companies have started pumping out cigarettes with a host of different flavors, from bubble gum to cotton candy, peach to mango. These bright-colored, and "tasty" flavors are attracting young e-smokers in droves. To the point that, according to the latest estimates, one in four high school students admit to having used e-cigarettes in the past 30 days. That's up 4 points from last year.

To deal with the crisis state governments are moving fast, trying to find a way to stem the tide of young user e-cig addiction. Michigan recently became the first state to enact a flavored e-cig ban. Other states like New York, California and Massachusetts are also considering such action. So worried are authorities about the ability of flavored e-cigs to addict new, younger users, that even the Trump administration has proposed a flavored e-cig ban.

All e-cigs besides tobacco flavored will be banned, including menthol.

Yet despite their good intentions. Lawmakers seem to be overlooking something. E-cigs aren't the only tobacco products that are flavored. Other tobacco products such as snuff, traditional cigarettes, and cigars also come in a host of flavors and they are much more appealing and exponentially more dangerous than regular tobacco.

Some experts asked about the onslaught of new flavored e-cig regulation suggest that such bans are meaningless if governments don't ban traditional flavored products. These products, like menthol cigarettes, have been proven to have been specifically marketed to black consumers, they are harder to quit and studies show they are significantly more appealing to underaged consumers.

There is no reason the federal government should allow these products to stay on the shelves when they pose such a threat to the health of our youth.

Let's keep our future healthy. Sign the petition and tell the federal government to ban ALL flavored tobacco products.
Sign Petition
SHAREShare this petition with friends!TWEETEMAILEMBED
Sign Petition
See more petitions:
You have JavaScript disabled. Without it, our site might not function properly.