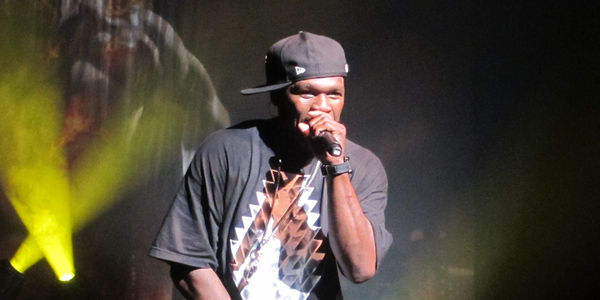 Why Does 50 Cent Think Sexual Harassment Is Funny?

Last year, actor Terry Crews, following the footsteps of several brave women in TV and film, decided to tell his story of abuse and harassment. In 2016, at an industry function, accompanied by his wife and surrounded by other partygoers, a powerful Hollywood executive groped his privates.

Crews bravely decided to file a police report against his abuser — even though he faced intimidation, loss of job opportunities, and he was possibly even hacked.

While most people hailed Terry Crews as brave for speaking up, rap mogul 50 Cent decided to mock him. In a now-deleted Instagram post, the rapper and producer uploaded a picture of Crews topless with the words "I got raped, my wife just watched." He even captioned the photo with a crude insult to Crews: "LOL, What the f*** is going on out here man?"

50 Cent's posts insinuated that Crews was somehow less of a man for being a victim of sexual harassment. His words were not only disappointing but also indicative of what the #MeToo movement is fighting against.

50 Cent is, in fact, a very powerful man in Hollywood. The rapper stars and produces in Starz's most watched show "Power" and last year the cable network announced that he had signed on to produce three more shows for the premium channel.

Is this the mentality of Hollywood needs right now? Is this the type of producer Starz wants to work with? 50 Cent has sent a message loud and clear that he is not a fan of the #MeToo movement. And the actors in his employ now know that they can't look to him if they ever experience sexual abuse at work.

Starz should send a message to the rapper and to all other potential producers and filmmakers that they will not tolerate this type of ignorance.

Sign the petition and ask Starz to end their relationship with 50 Cent!
Sign Petition
SHAREShare this petition with friends!TWEETEMAILEMBED
Sign Petition
See more petitions:
You have JavaScript disabled. Without it, our site might not function properly.

Care2
Why Does 50 Cent Think Sexual Harassment Is Funny?
SHARETWEET