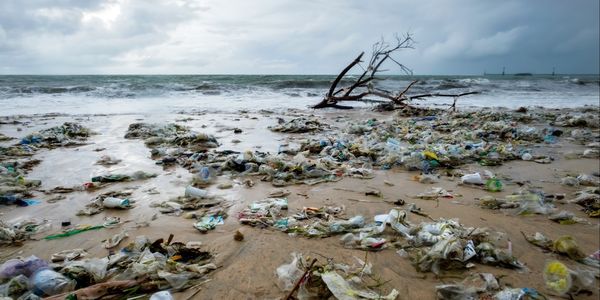 These Companies Have Been Named the Biggest Plastic Polluters. Demand That They Change Their Ways Before They Destroy Our Planet.

Each September, tens of thousands of people, from all over the world set out to rid their areas of litter. Much of this litter is made up of plastic refuse. Bags, containers, and bottles that once lined our shelves but now floats on top of ocean currents.

The goal of World Clean-Up Day is to make a dent in the plastic pollution that has become a global epidemic. This year, 70,000 people from 50 nations got their hands dirty and collected thousands of pieces of plastic waste. After the plastic was collected, volunteers searched through the bottles, wrappers and various other plastic items to find out which brands were the most prevalent.

What they found, shouldn't shock anyone. Coca Cola, Pepsi, and Nestle were the "winners" of 2019's biggest plastic polluting brands - some of the world's largest companies.

Coca Cola, Pepsi, and Nestle continue to rely on single-use plastic bottles and wrappers to package their products. Only a small portion of the plastic they release out into the world ever makes it into the recycling bin. The majority of it ends up in landfills. They litter our soils, choke animals like seabirds and fish that mistake it for food and slowly disintegrate into microplastics that further make it into our food chain and poison our bodies.

Plastic not only pollutes in the oceans but because it's a petroleum-based product, from the very moment it's created it has already played a part in destroying our climate and environment.

We are slowly approaching a point of no return, in which we will no longer to reverse the damage of global plastic pollution and yet, these companies, fully aware of the damage they are causing, continue to rely on out-of-date, non-sustainable packaging all for expediency and profit.

Enough is enough. It is time these companies make an actual change to the way they package their products. Ignoring the absolute urgency of the global plastic crisis, of which they are the primary cause, is inexcusable.

Care2
These Companies Have Been Named the Biggest Plastic Polluters. Demand That They Change Their Ways Before They Destroy Our Planet.
SHARETWEET