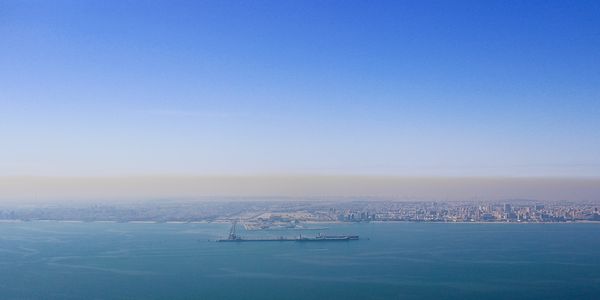 SAY NO TO DOLPHINS AT THE KUWAIT SCIENTIFIC CENTER

Say no to dolphins in captivity! The world is taking steps towards ending this inhumane practice, while The Scientific Center of Kuwait is planning to take a step backwards.

We kindly ask The Scientific Center to stop its plans to build a dolphinarium and perhaps instead build a botanical garden of native plants from Kuwait and the middle east, with gardening and workshop opportunities to better educate the youth on the importance of sustainability and acting locally and thinking globally. Preparing an eco conscious generation that will be battling the effects of soil erosion, pollution, climate change, and mass extinction.

We believe keeping dolphins in captivity for entertainment and profit is against our ethics and values and our responsibility as citizens of this time and age is to protect and conserve species and allow them to live freely without interference from man in their natural habitats.

We hope the Scientific Center will listen to its audience and this petition and provide an alternative solution to this expansion, that does not involve animal trafficking and exploitation.

Click "read petition letter" below, to read the full appeal.

I would like to begin by saying this letter is an appeal to all those with a conscience and a heart. An appeal to those who do not know, and to those who do. I extend these words in hope that they may inspire action, unity, and a change of fate for those without voices to speak for themselves.

One of my favorite places and institutions in Kuwait will be under construction for the next three years. The Scientifc Center of Kuwait. They plan to expand The Scientific Center, and install a dolphinarium.

This news has been circulating for a few years now and I asked confirmation from the institution itself. It has been confirmed. They are going to build a dolphin prison.

Let's take a look at the direction the world is moving in – they are enforcing laws that prohibit the exploitation of these wild animals. The United Kingdom has banned dolphinariums since 1993 (way ahead of their time). Most (not all) dolphinariums that exist today have existed since the 70's and 80's if they haven’t been forced to shut down YET.


It would be a disgrace to our society, and reputation, to take such a disgusting step backwards while the world is moving forwards. It is barbaric to enslave any creature for our amusement (and profit). We cannot allow this to happen with all that we have discovered about the emotional, intellectual capacity of these beings.

I love the Scientific Center. I love the films, the walkways, and the fish flowing and glowing in their black glass tanks. I go there with the people I love. I was told by an employee, that they are looking to make people to come back for more – that the aquarium is not enough, people visit once, that’s it, they’ve seen it all. I personally do not feel this is the case.

Over the course of a year, I visit the Scientific Center at least 10 times, and a maximum of 25. That’s in one year. Maybe I'm an anomaly. But I see familiar faces when I go.

I see the world with new eyes, every day. I am a child of the internet. I read and I watch documentaries, and I am constantly learning along with the rest of the world. With you, too. We have no excuse. We can do better than this.

The bottom line is – captivity kills. Keeping dolphins in captivity is HARM to the dolphins.

Please, Scientific Center, and people of the public, do not allow this to go through. Do not support the corrupt mega-profit behind the exploitation of these animals, do not go to a dolphin show, do not buy a ticket and ask the Scientific Center to reconsider their plans by signing this petition. You are either a part of the solution or a part of the problem.

If you read this all and are still not convinced, I beg you to watch the following which you can all find online:

Care2
SAY NO TO DOLPHINS AT THE KUWAIT SCIENTIFIC CENTER
SHARETWEET