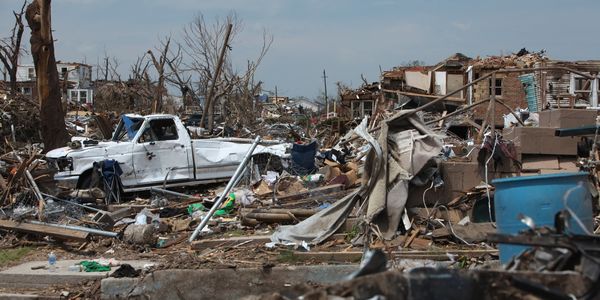 Holiday gifts are not more important than human lives.

Except, apparently, to Amazon and Mayfield Consumer Products when the holiday season overlaps with deadly tornadoes. Violent weather patterns ripped through the Midwest on Friday, December 10 and as a result of cruel negligence on both companies' parts, at least 14 people have lost their lives -- 8 workers in the Mayfield, Kentucky candle factory, and 6 at an Amazon warehouse in Edwardsville, Illinois.

Sign the petition if you want these companies to be held responsible for these tragic deaths. Tell the Department of Labor to charge Amazon and Mayfield Consumer Products under the Occupational Safety and Health (OSH) Act of 1970!

These workers should have never been working with such imminent danger looming -- they should have been home, with their families, loved ones, and pets, sheltering in place and staying safe. Instead, these corporations put their lives at risk to selfishly feed their own productivity deadlines -- and 14 employees paid the ultimate price.

Apparently, Mayfield's candle factory "had been 'going 24/7' in part to meet Christmastime candle demand. That is ridiculous and exploitative even under normal circumstances. But when 100 overworked employees were forced to shelter in place at the factory as the most deadly tornado in Kentucky's history ripped through Mayfield, it turned deadly. The factory walls collapsed, the entire structure crumbled like sand, and the injured and dead were left in darkness. It took so long for rescue efforts to arrive that one employee, who was pinned under 5 feet of rubble, went on Facebook Live to plead for someone to bring them help.

Over at the Amazon warehouse in Edwardsville, the industry giant did little to shield their employees from grave danger. One employee texted his girlfriend that he wouldn't be home because Amazon wouldn't let them leave until the storm blew over -- even though their home was just over a 10 minute drive away, and the tornado wasn't projected to touch down until later. He died when the Amazon warehouse concrete walls collapsed in on him, leaving behind his girlfriend and their two children.

The OSH Act of 1970 states that "a serious violation shall be deemed to exist in a place of employment if there is a substantial probability that death or serious physical harm could result from a condition." Forcing people to be at work during a deadly weather event clearly fits into this definition.

Sign the petition and demand that the U.S. Department of Labor brings charges against Amazon and Mayfield Consumer Products for the tragic, preventable deaths of their employees!