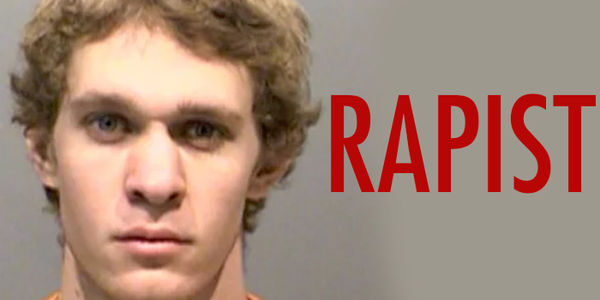 Austin Wilkerson raped a half conscious young woman, but will serve zero prison time due to yet another judge's lenient sentencing. Similar to what happened in the Brock Turner case, Judge Butler decided that Austin's future was more important than his victim's. For this unjust sentencing, we demand that Judge Butler be removed from the bench in Colorado.

It could have been me. I went to college a short drive from CU-Boulder and live just south of Boulder now. Like plenty of college students, I was at plenty of parties where I drank — but that doesn't mean that I — or any other person — wouldn't deserve justice if I were sexually assaulted.

According to court documents Austin had made advances on the victim earlier in the night and when she rebuffed him he was "pissed off" and called her a "f*$%ing bitch". Later that night after a St. Patrick's Day party, Austin told the victim's friends he would "take care" of her, leading them to believe he would get her home safely. Instead, he sexually assaulted her multiple ways while she slipped in and out of consciousness.

Austin was convicted of sexually assaulting a helpless victim and unlawful sexual assault in May. Under Colorado's laws, he should have faced 4-12 years in prison with the possibility of life if he wasn't deemed fit for release. But Judge Butler had doubts about whether Austin could be rehabilitated and so didn't want to send him to prison. This is not an impartial judge.

District Attorney Stan Garnett said that Austin "tried to cover up his crime, and then repeatedly lied about what he did -- including under oath at trial". DA Garnett went on to say "it is objectively offensive to consider as 'punishment enough' the fact that the defendant will have to pursue a career as a biochemist instead of as a medical doctor."

Yet Austin's lawyers argued that "the most traumatic incident that Austin has faced is this sexual assault case". But what about his victim? Austin chose to rape this young woman and it's the most traumatic thing to happen to him?

At court, his victim said "When I'm not having nightmares about the rape, retaliation or a retrial gone awry, I'm having panic attacks," she said. "Some days I can't even get out of bed." She pleaded with the judge for a prison sentence, saying "Have as much mercy for the rapist as he did for me that night." His victim describes her life as "ruined socially, psychologically, academically and financially."

Austin is getting a slap on the wrist for a violent sexual crime and his following manipulative behavior all because of Judge Butler. Judge Butler even admitted he worried Austin did "play the system". Yet he still gave Austin an extremely lenient sentence. We demand that Judge Butler be removed from the bench for his biased and sexist sentencing.
Sign Petition
SHAREShare With FriendsTWEETEMAILEMBED
Sign Petition
See more petitions:
You have JavaScript disabled. Without it, our site might not function properly.