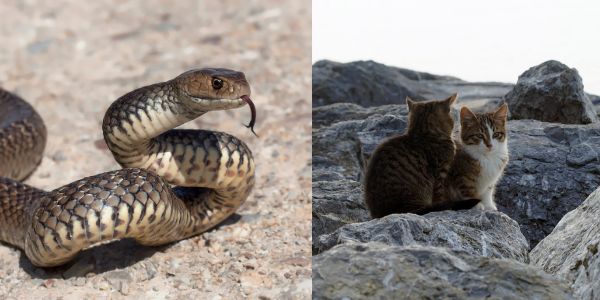 YouTube is allowing animal torture on their platform, and making money from it!

Right now, there are thousands of videos depicting the abuse, torture, neglect, or endangerment of innocent, defenseless animals being hosted on YouTube.

Sign the petition and demand that YouTube remove these videos immediately, and vow to do 100% better when it comes to finding and taking down these horrific videos.

Kittens and puppies intentionally placed in dangerous, terrifying circumstances, often with snakes or alligators, just to be "rescued" in the nick of time.

Monkeys locked in cages or wrapped in chains, their human-like faces expressing fear and pain.

Dogs forced to fight each other to the death, or to viciously hunt animals like foxes, ripping them to shreds after sometimes hours of excruciating, exhausting chase.

YouTube is a massively influential site with more than 30 million users per day, and their choice to leave the above content, a total of 2,053 videos, published and gaining views is deplorable.

But YouTube is all about the views. The animal welfare organization Lady Freethinker found these videos in an independent investigation, and they calculated that these videos have a total of 1.2 BILLION VIEWS, meaning the depictions of violence against animals could be worth up to $12 million in advertising revenue for YouTube. Let's not forget those views also turn into profits for the creators, the people either complicit in or responsible for all this animal cruelty -- up to $15 million for these abusers, to be exact. (You can view and sign the Lady Freethinker petition here.)

YouTube and CEO Susan Wojcicki, you have blood on your hands. But the world is watching, and there is still time to make this right.

Sign the petition demanding that YouTube remove every single video listed in the investigation by Lady Freethinker. Then, use the money you earned from animal cruelty to develop systems that quickly and accurately identify these cruel videos, remove them, and flag the users -- aka, abusers -- for investigation!

Care2
YouTube is allowing animal torture on their platform, and making money from it!
SHARETWEET