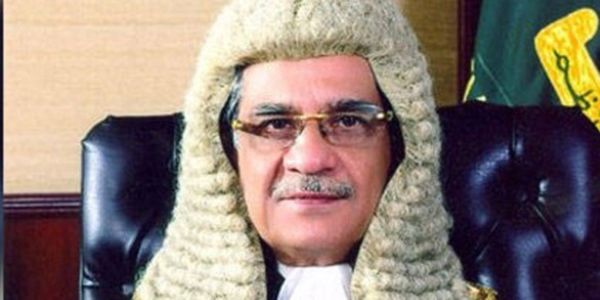 MERCY PETITION FOR DISMISSAL OF THE CRIMINAL RESPONSIBLE FOR SWINDLING OF PUBLIC'S MONEY-MR. NADEEM BABAR - MAESTRO IN CORPORATE CRIMES

This is a pro-bono appeal to the Honorable Chief Justice of the Supreme Court of Pakistan for issuing a suo motu notice against the Prime Minister Office – Government of Pakistan for appointing one of the most fraudulent, crooked, deceitful and dishonest corporate criminal Mr. Nadeem Babar as the Chairman for Energy Reform Committee. Imran Khan entrusted Jahangir Khan Tareen to select the team for a task force and he, instead, has chosen Nadeem Babar and his assistant, Ashfaq Mahmoud, former federal secretary for it.

In Naya Pakistan, we have been expecting a new era of transparency and accountability, but unfortunately, Imran Khan, appointed Mr. Nadeem Babar, Owner of Orient Power, CEO of Saba Power, Owner Oursun Pakistan Limited's 50 MW Solar PV Power Plant and the Chairman for IPPs Association. He was also the mastermind behind 1200 Billion Rupees circular debt and was behind the mafia controlling power sector of Pakistan.

This short brief will highlight several facts which will help prove the motive of Tareen in selecting the most controversial figure for this task especially when Pakistan's power sector is plagued with enormous challenges like Circular Debt. Over the years, imprudent decisions in the power sector have propelled a shift from low cost generation sources (hydroelectricity) to high cost generation sources (thermal). Babar Nadeem is the God-Father of IPPs and in Pakistan nobody can hold IPP owners accountable for this high cost of energy. High cost of electricity from the IPPs is the fundamental cause of circular debt.

Although Nadeem Babar (NB) is highly educated and experienced in power generation and corporate finance, still he has been involved in white collar crime of the highest degree for the last two degrees. These were never made visible because of his shrewdness and skill along with his close connections to persons in the judiciary, bureaucracy, military and politics. BN had was in close collusion with Shahbaz and his son Salman to help land them in power sector. He was posted as the Chairman, Punjab Power Development Board, Chairman Punjab Mineral Development Corporation, as well as Chairman of the Board of Directors for Punjab Power Development Company Limited (a company formed by the government of Punjab to promote small renewable energy projects). Whereas his other small companies, particularly Phoenix Energy Systems (Pvt) Limited sieze business worth billions of rupees without any comparative bidding.
Nadeem Babar is same dubious character, who plan also part of the team which negotiated the release of un-audited PKR 480 billion to the IPPs in 2013 (an issue under investigation by NAB after the un-pardonable delay of five years). The Public Accounts Committee (PAC), had strongly recommended that recovery be made from recipient IPPs, which have received these over and unjustified payments in 2017.


As member of the Chief Minister's Economic Advisory Council in Punjab, he guided Shahbaz on making money out of the Quaid-e-Azam Solar Power Park Project and Sahiwal Coal Power Project. NB's ill-considered advice to the Sharifs led to a great increase in the EPC cost of these projects. Resultantly, CEOs of both these projects are under the investigation of NAB.
Nadeem Babar was also the Director for Lahore Waste Management Company Ltd which was caught by NAB. Yet thanks to his connections, he was released same day. This shows how far reaching his influence is.

At the national level, he was also on very close terms with Nawaz Sharif and part of the Prime Minister's Advisory Committee on Power Sector Reforms. The reforms he has introduced have resulted in a huge circular debt and high cost of electricity but the most pertinent thing to mention here is that in the process he has minted billions from the ministry using his influence.

Principally, Nadeem Babar is not eligible for this task, as he is the Owner of Orient Power, Saba Power and Oursun Pakistan Limited-50 MW Solar PV Power Plant. He secured high tariff for these power plants thanks to his connections in the Ministry of Energy and NEPRA.

This is a sad state of affairs. While all over the world, tariff of Solar is hovering around 3 to 4 US cents ($0.04), Nadeem Babar has managed 132 US cents ($1.32) for his 50 MW Solar PV Power Plant (Oursun Pakistan Limited). His company ORIENT OPERATING COMPANY PRIVATE LIMITED also a joint venture partner in oil and gas consortium comprising of the partners as follows:
I. Pyramid Pakistan Petroleum Inc.
II. Orient Operating Company Private Limited
III. RDC International Private Limited
IV. Nativus Resource Limited
V. Paige Limited

His business in petroleum sector motived, Jahangir Tareen to start sitting oil refineries In Pakistan with partnership is another motive to appoint him chairman Task Force.

NB's core skill is manipulation along with document forging to get abnormally high Cost O&M Insurance, Return on Equity and Debt Servicing in order to justify high tariffs for his power plants.

Nadeem Babar is the founder and Chairman Independent Power Producers Advisory Association (IPPA). Through his shrewdness, he manages to mint money for IPPs using innovative means. His latest weapon in this regard is fetching money using the London Court of International Arbitration (that is LCIA capacity payments, including interest costs without generating a single unit of electricity from his two power plants). He won the cases because he placed his cronies at the Central Power Purchasing Agency (CPPA-G) and National Transmission and Dispatch Company ("NTDC"). Mr. Abid Latif Lodhi, CEP -CPPA-G, Dr. Khaqan Hassan Najeeb, Mr. Zafar Abbas and Mr. Muhammad Zargham Eshaq Khan are amongst his team members and serve his purpose while he protects them from FIA or NAB.

To substantiate these assertions, note the latest posting of Mr. Zafar Abbas. He remained CEO of various Power sector entities, while serving as JS at ministry. He was posted as MD, NTDC while ignoring all rules for two years for hefty tariffs for two power projects of JDW Group-one 26.6 MW power plant, and another 26.8 MW plant at JDW Unit-III, District Ghotki, and Sindh. Both power plants are owned by Tareen.


One month ago, when Zafar Abbas was sacked on the recommendations of NAB, Nadeem Babar again put him on the same seat using his influence and connections.

These are hard facts and can be checked from the ministry of energy, but nobody can challenge Nadeem Babar because of his heavy influence in Pakistan's elite institutions.

The aforementioned facts establish that Tareen is committed to recover his investment in the recent Election using the underhanded skills of Nadeem Babar. The Honorable Chief Justice is therefore requested to take a Suo Motu notice of this and order the Prime Minister of Pakistan to remove Nadeem Baber as well as direct NAB to start investigations against Nadeem Babar and recover illegal capacity payment made to his power plants and other IPPs, Including recovery from him and other recipient IPPs, which have received these over and unjustified.

Copy to, Army Chief General Qamar Javed Bajwa, with request to take action against this criminal

I do solemnly, sincerely and truly declare and affirm that the evidence I have provided here is the truth and the whole truth and nothing but the truth and can be verified by FIA, NAB and other credible investigative agencies of Pakistan.