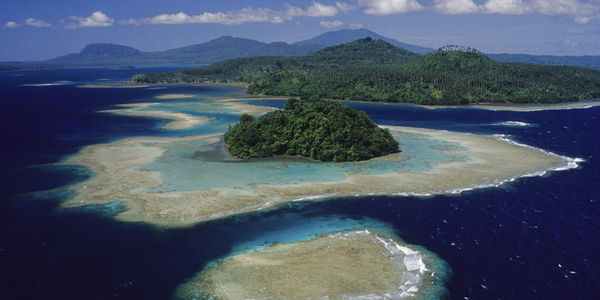 Logging and Mining Companies Are About to Rampage This Unique Island

Woodlark, also known as Muyua, is a gorgeous and biologically diverse island off the coast of Papua New Guinea that is about to be completely destroyed by logging and mining if action isn't taken. The latest threat comes from a foreign company called Kulawood Limited, who sees the high value timber on the island as dollar signs.

Will you sign on to ask the Papua New Guinea Forestry Authority not to approve the companies aiming to exploit the island?

Sceintists, locals and local nonprofits explain that the New York sized island is home to a huge number of flora and fauna found nowhere else on earth, making the island a ciritcal piece of land to protect. The main company who wants to log the island has put up a plan saying they will replant trees, but it turns out there plan doesn't make any sense - it even has planely false claims - and therefore is simply a PR object to get approved for their destructive plan.

As is typical for foreign companies who want to ruin beautiful and biologically important sites, no one consulted the people who actual live there or know about the biodiversity in the proposal. A proposal that aims to destroy 74,100 acres, or 40% of the entire island's forests. This would be a catastrophe for the plants and animals living there, as well as the native humans and we can't let it happen.

Please sign on to tell the PNG Forestry Authority not to approve this permit!

Satellite images show that roads are already being created on the island, literally paving the way to heinous environmental destruction. But the endemic snails, plants, marsupials, snakes, frogs and lizards have no way of stopping this evil corporations plan to profit from the killing off of their species and that's where our voices come into play.

Let's show this company that we are watching and we won't let them get away with their sneaky ploy!