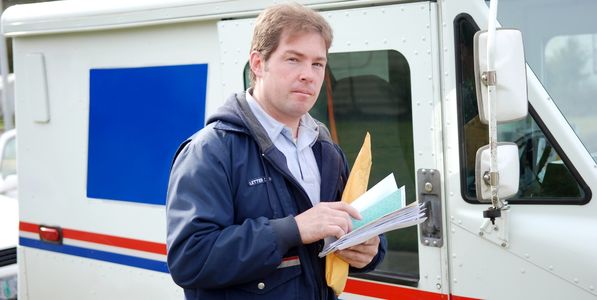 *UPDATE* Things just keep going from bad to worse. After Trump appointed his lackey, Louis DeJoy, as Postmaster General, we knew it was a bad sign. But no one could have anticipated just how disruptive and nefarious DeJoy's actions would be. Under his careful leadership, postal workers had their overtime taken away and were told to "leave mail behind" instead of working extra hours. We've also seen mass removal of blue mailboxes all over the country, and mail sorting machines are rapidly being "decommissioned," bringing the efficacy of the USPS to a grinding halt. The election is looming ever closer, and will involve an unprecendented amount of mail-in ballots thanks to Trump's shameful response to the COVID-19 pandemic. This is voter suppresion, plain and simple. Meanwhile, folks are not getting medications and vital necessities that they rely on the USPS to deliver. We cannot let this administration get away with this. Keep signing and sharing the petition!

A letter from a loved one from across the country, a package containing a birthday gift, a wedding invitation, a college acceptance letter -- these are just a few examples of items that the United States Postal Service (USPS) brings directly to our doorsteps. It is hard not to get excited when a good bit of mail comes your way. Not only does it connect us with loved ones and vital services, but it also employs over half a million people, providing them with ample pay, benefits, and retirement plans. With the spread of COVID-19, the USPS has been negatively affected like any other business. But while Trump continues to hand out bailouts to airlines and cruise ship companies, he is threatening to let the USPS bleed out or pass the cost on to mail users.

Sign the petition and demand that the Trump administration bail out the USPS immediately!

One could surmise that Trump's petulant, child-like temper is causing him to act rashly and randomly. But when one considers that, during a global pandemic, voting in November may be exclusively by mail, the conclusion becomes much darker. Trump wants to suppress votes so that he can win again. Not to mention that so many of our vital products, like food and medication, are increasingly being obtained via mail while cities nationwide are in a state of lockdown. And, people who live in rural areas not served by other mail carriers would be totally out of luck without the USPS. In neighborhoods across the country that do not have a local bank, post offices can serve the main functions of a bank. These underserved communities rely financially on the USPS.

Although the USPS is a federal agency, it receives 0 tax dollars or support from the federal government. They are, for all intents and purposes, a business, relying on sales to stay afloat and support their employees. This makes the agency a perfect candidate for government support during this crisis. Yet last month, President Trump said he would veto the CARES Act, the 2.2 trillion dollar pandemic government relief package, if the USPS received a cent. Lawmakers were able to "compromise," passing the act including a 10 billion dollar loan for the postal service. That's right -- they will need to pay the entire sum, which is far too small to save them, back to the government.

But this amount is not nearly enough. It is estimated that over the next 18 months, the USPS will see losses numbering close to $22 billion dollars. The number jumps to $54 billion dollars in losses when looking at a longer-term projection.

The USPS's need for a bailout is very different from, say, an airline carrier's. While the USPS is required to use its profits to fund retirement for all of its employees 75 years in advance, airlines have spent 96% of their profits over the past decade on stock buybacks. So why are the latter receiving help, while the USPS might be left to die?

Now, Trump is refusing to even authorize the release of the 10 billion dollar loan to the USPS unless the service quadruples its prices. It looks like Trump thinks it's the taxpayer's and mail-user's responsibility to bail out his own federal agency.

We must save the USPS. It may be, quite literally, a matter of life or death. Please sign the petition, and demand that Trump and his administration immediately and adequately bail out the USPS!
Sign Petition
SHAREShare this petition with friends!TWEETEMAILEMBED
Sign Petition
See more petitions:
You have JavaScript disabled. Without it, our site might not function properly.