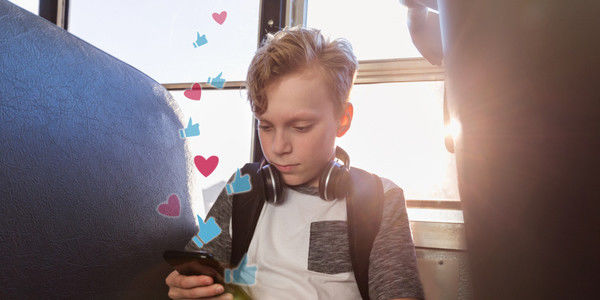 Facebook knows everything about you. This data-eating giant needs to be split up now.

It's not an exaggeration to say that Facebook knows everything about you. It really does. When experts say "it owns your data," what they mean is that it owns everything you write, "like," purchase, watch, or even pause to read.

From 2010 to 2019, just four apps constituted the most-downloaded programs for our phones and tablets — across the entire globe. All four (Instagram, WhatsApp, Facebook, and Facebook Messenger) had to do with social media. And all four are owned by just one sprawling company: obviously, Facebook. It's still continuing to grow, too: it recently acquired a popular meme app called Giphy.

Since it owns the entire social media marketplace, Facebook has pretty much been able to set its own rules and do whatever it wants.

With this data... it can do anything it wants. And it does. But since there isn't any true competition, there are no alternate companies to help pressure Facebook to reign in its tactics. You and I can't really even threaten that we'll "go to another site." For most purposes, there is no other site.

Sign the petition to demand that the U.S. government continue its investigations into Facebook's monopoly and divide this behemoth of a corporation up!

The fact that Facebook looms so large might not frighten you. But it should. Facebook's knowledge about each of us and our data is precisely why nefarious third-party groups have been using the company to try and sway free and fair elections.

With eerie precision, marketers and mal-intentioned political groups have been able to pay Facebook for the privilege of our information and attention. And with that, they target each of us to convince us to think a certain way, expose us to radical fringe groups and conspiracy theories we might otherwise never have heard about, and even change our voting preferences. This is not wild speculation. This is exactly what experts all around the world have been sounding the alarm about for YEARS.

For example, Facebook is the reason anti-vaxxer groups have gotten so large. It's fueled both the thoroughly debunked PizzaGate hoax as well as the dangerous "QAnon" cult movement. But so far, Facebook has had no reason to change this pro-radicalization model. Why? Because this is how Facebook both makes its money — and uses its monopoly powers.

With every app it swallows up into its sprawling franchise, it gains more and more access to our information and more and more power over us, our elections, and our decisions. Based on our data, Facebook made $18.5 billion in profits just in the year 2019 alone, and $70 billion in revenue. Again: that is just in one single year.

Luckily, technology and privacy experts have finally gotten the U.S. government to back them up. In early December 2020, the U.S. Federal Trade Commission (FTC) and the attorneys general of all but four U.S. states — led by New York and including California, the home of Silicon Valley — launched twin lawsuits against Facebook, decrying it for being the anti-competitive monopoly that it is.

At a time when most U.S. states can hardly find anything to agree on, the fact that 46 wildly different states could come together and work on this antitrust lawsuit should tell you something. They spent years gathering evidence demonstrating that Facebook has done everything it can to squash competitor sites before they become real challenges, and to hold onto its singular grip on the market.

This follows action the U.S. government took against Google in October 2020, also alleging monopolistic practices. It's a relief to know the authorities are finally taking action to impose limitations and regulations on these "too-big-to-command" mega-corporations. Now the government has to actually follow through.

Demand that the U.S. Federal Trade Commission, as well as the 46 U.S. states and two territories involved, continue with their lawsuits. It's time for them to break up this monolithic corporation. Tell the government it must utilize antitrust laws to split up Facebook and turn it into smaller, easier-to-regulate companies!
Sign Petition
SHAREShare this petition with friends!TWEETEMAILEMBED
Sign Petition
See more petitions:
You have JavaScript disabled. Without it, our site might not function properly.

Care2
Facebook knows everything about you. This data-eating giant needs to be split up now.
SHARETWEET