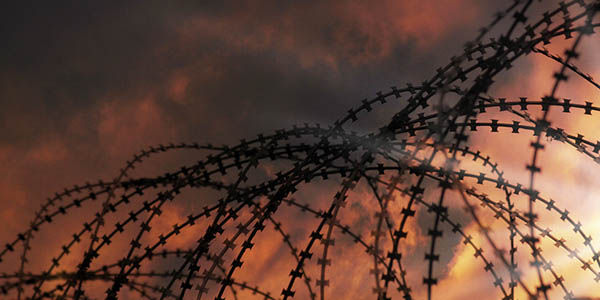 Urge the UNHRC to Condemn Thai complicity in Rohingya trafficking

The Rohingya people are stateless, unwanted and oppressed.

Their persecution in their home state of Rakhine in Myanmar has recently escalated – the Myanmar government doesn’t recognize Rohingyas, but dismiss them as foreign Bengalis. Fleeing to Bangladesh is no better; they are not welcome there either. Having no State to look after their interest - they make the perfect slave, they are anonymous.

Their plight in search of a safer haven, mixed with their desperation to escape plays right into the hands of human traffickers who make a lot of money selling them as slaves in Thailand. Once sold in Thailand they end up in immigration detention centers or jungle camps where they are held against their will. The outrage here is not just the jungle camps where they are, tortured, raped and murdered, the survivors sold to brokers who then sells them to fishing boats as slave labor - but also the fact that it is government officials who take them from the traffickers and sell them to jungle camps run by thugs and the Thai mafia, all facilitated by Thai officials and sustained by the brokers who supply cheap migrant labor to boat owners.

In a country that has no political will to stop the trade, and where one sale can make you 30,000 Thai baht, or $900 per sale there is no relief in sight for the Rohingya migrants in Thailand.

Thailand is still considered a major source, transit and destination country for slavery, and nearly half a million people are believed to be currently enslaved within Thailand's borders.

Although the Thai government has promised that "combating human trafficking is a national priority" evidence shows that this is far from reality.

This touches all of us; Thai prawns are sold in super markets from the US to the UK, from Walmart, Carrefour, Costco to Tesco and Aldi. If you buy prawns or shrimp, chances are, you are buying the produce of slave labor. The scale of this practice is mind blowing. 300,000 people work in the Thai fishing industry, 90% of which are migrants vulnerable to being conned, trafficked and sold to the sea.

Rohingya trafficking is being encouraged by the Thai governments lack of appetite to do anything about the illegal trade, as well as their complicity in it. This complicity must be acknowledged and roundly condemned by the world. This is more than a petition, it is more than a campaign to get bring attention to a need; it is giving an entire people a voice, and chance at being heard - it s changing the fate of thousands of fathers, mothers, their sons and daughters , all voiceless, but not forgotten – it is a human rights issue.

Sign this petition with me, and call on the UN commission on human rights to condemn this in the strongest possible terms. This is where our fight starts, and this is where this despicable practice ends.