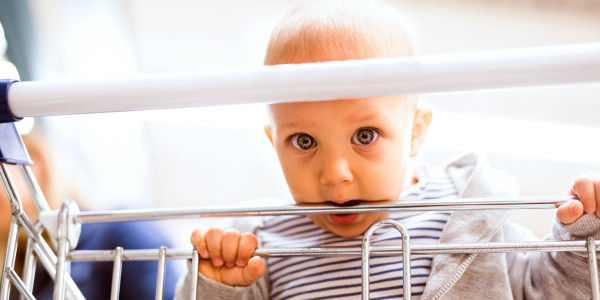 Tell Congress to protect our families and ban BPA now!

Has your toddler ever grabbed a receipt out of your hand and put it in their mouth? Well, they were just exposed to a toxic chemical that has been linked to hormone disruption, obesity, early puberty, hyperactivity in children, infertility, depression, heart conditions, type 2 diabetes, high blood pressure, and cancer.

Every day our families are exposed to chemicals called bisphenols, the most common of which is BPA. They are showing up in plastic packaging, the lining of cans, and even thermal receipt paper found at stores like Target.

The American Academy of Pediatrics came out this year warning about the dangerous impact BPA and other hormone-distrupting bishpenols can have on children. In mid-September, the first human trial of BPA was released revealing effects that could lead to Type 2 Diabetes. If the Federal Drug Adminstration's (FDA) analysis of what is safe and what is not were correct, these results would be impossible. And yet government agencies like the FDA are doing nothing to protect us from exposure to these toxic chemicals.

In fact, the day after the results of the human trial were made public, the FDA had the audacity to hold a press conference to claim that BPA is safe. They made this announcement based on information from their own flawed study, while ignoring the findings of numerous independent studies paid for by tax dollars.

It is clear that we cannot count on the FDA to do the right thing. So please sign this petition demanding that Congress step in and fix this problem by banning BPA and all other bisphenols once and for all.

Every day my family is exposed to chemicals that are linked to hormone disruption, obesity, early puberty, hyperactivity in children, infertility, depression, heart conditions, type 2 diabetes, high blood pressure, and cancer. I'm sick of it! Government agencies like the Federal Drug Administration (FDA) that are supposed to protect my family are too busy listening to industry lobbyists to look at the mountains of studies linking BPA to harm. This cozy relationship has become incredibly dangerous for my family and it needs to stop!

In fact, the FDA recently held a press conference with results from the Clarity BPA Study saying BPA is completely safe. But just days before this press conference, the first human trial of BPA was released showing harm that could lead to Type 2 Diabetes. And the exposure used was at the level the FDA has declared as safe.  The results were astounding and could not happen if the FDA were correct about BPA safety.

While these government agencies are asleep on the job, the hormones of my family and all other families in the United States are under attack. With links to obesity, depression, early puberty, hyperactivity in children alone would be bad enough, but it doesn't stop there. These chemicals are linked to all sorts of chronic and life threatening diseases we see everyday.

I'm demanding that Congress step in and fix this problem and ban bisphenols once and for all. Bisphenols are showing up in plastic packaging, lining of cans & thermal receipt paper. This means I can't even go to Target without getting exposed to bisphenols! They're also in water and sewage sludge put out on cropland, which then winds up in plants grown on that cropland.

The American Academy of Pediatrics came out this year saying that the way the FDA evaluates chemicals, specifically food additives like BPA, are putting our families at risk. Thousands of pediatricians agree the FDA needs to do more. They are ignoring the dangers of hormone-disrupting chemicals and their severe impacts on children. And as the science is mounting, the FDA is continuing to hold fast to antiquated views that benefit industry while putting the public at risk.

Independent scientists are afraid that the FDA is working hard to squash legitimate concerns about bisphenols because they are too close to industry. This latest FDA press release fiasco is an example of that cozy relationship. Originally, the Clarity BPA Study was supposed to have two parts: (1) a conventional rat study utilizing old technology and methods that benefit industry and then (2) a modern rat study utilizing modern technology and methods that look at impacts at small levels. But something has happened that smells fishy! The FDA jumped the gun by only reporting the first part of the study.

Even though they measured for BPA in the pilot study and found it in the controls, they didn't measure for BPA contamination in the full study. This sounds like "measure no evil, see no evil." Especially since these the same animals they based their study on. The idea of the FDA basing their declaration that BPA is "safe" on contaminated and faulty studies is at best a demonstration of scientific incompetence.

Because we can no longer trust the FDA, I am calling on Congress to do the following: