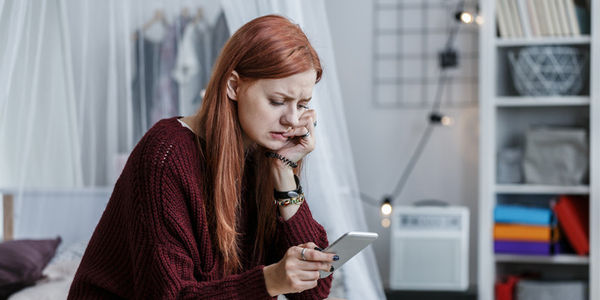 This App is Tricking Pregnant Teens With False Health Information

A new app is targeting teenage girls, taking their biometric data, and giving them fake health info. It's called Lunar, and it's as unethical as it is dangerous.

Sign now to demand tech giants don't allow them to advertise or operate on their platforms.

The app is full of false health claims. The first being they tell users they can determine whether a user is pregnant using their fingerprints! It's a ludicrous claim, but the users are quite young and many believe the app. The claim is completely false. In fact, testers at the Huffington Post used the app to "listen" to a baby that was a literal banana; the app told them the fruit had a normal heart rate but was at risk for high blood pressure.

Now imagine how many people are foregoing actual medical care and substituting for it with an app that is straight-up lying to them. In a world where healthcare is increasingly hard to obtain and navigate, Lunar is preying on those left vulnerable. The app also says it can read a user's blood pressure, blood sugar, and predict the size of their baby. None of this is technologically possible.

Not only are the claims of the app patently false, they apparently flooded the reviews with fake 5-star reviews to get it into the number 2 spot on the app store. Luckily, Apple figured this out and took them out of the store. But the app still exists, and they are still advertising on Facebook, Instagram, and other app stores with completely false information.

Beyond lying to teens, they are also financially exploiting them. They openly bribe users with a $25 Sephora gift card to use the app, which requires you to give it your fingerprints with no guarantee of privacy. Then the app makes money by offering in-app purchases of bogus products.

The whole thing is completely deplorable and this company should not exist. Sign now to demand the tech giants shut down this dangerous app right now!