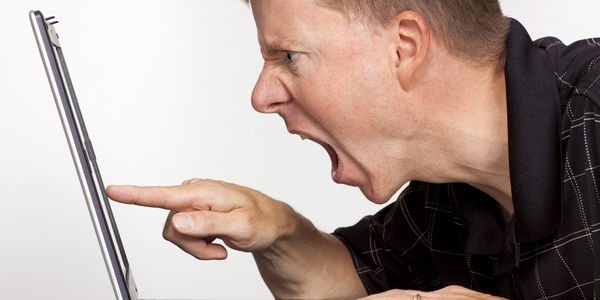 We have known for years that social media platforms like Facebook, Twitter and YouTube serve as fertile ground for sowing the seeds of hate. Racist trolls on Twitter can get away with almost anything as long as they don't directly attack a specific person or race. Bigots can create private groups where they can share their vulgar opinions about white supremacy. And innovative hatemongers can create fancy looking videos on YouTube for the world to see.

Racists no longer have to show their faces in public, risking ridicule and ostracization, they simply need to turn on their computer and log in. When these groups, chats, tweets, and videos are allowed to remain online, the hate spreads, infecting more and more people, creating a ticking time bomb that will no doubt lead to violence.

The leaders of the Unite the Right Rally in Charlottesville in 2017, used Facebook to organize. And white supremacist politicians like Steve King can reach his hundred thousand followers with one tweet. And social media platforms have largely turned a blind eye.

The guardians, in a sense, are asleep at the gate.

That is unacceptable. Hate-based violence has been on an increase in the U.S. in recent years and other countries as well have begun to deal with racist acts of terror that they would never have expected before. Take the tragedy of the New Zealand mosque massacre for example.

The spread of hate through social media platforms is a public health threat, similar to that posed by the anti-vaxxer movement. Yet, while just this year companies like YouTube, Facebook and Amazon have moved to remove anti-vaxxer content from their sites, they continue to allow racists to share their opinions on their platform with little or no consequences.

It's time for these giants of Silicon Valley to take proactive steps to remove the hatemongers from their platform and make sure they never come back. Otherwise, they are complicit in the violence caused by their racist users.

"Our hearts are broken over today's terrible tragedy in New Zealand. Please know we are working vigilantly to remove any violent footage."

To which Twitter user Oz Katerji responded: "I don't give [expletive] about your broken hearts. Ban the Nazis from your platform once and for all."

In subtler words, we at Care2 ask the same. Facebook, Twitter, YouTube and others must take responsibility for the hate that's spread with ease in their platform and they must remove the racists at once.