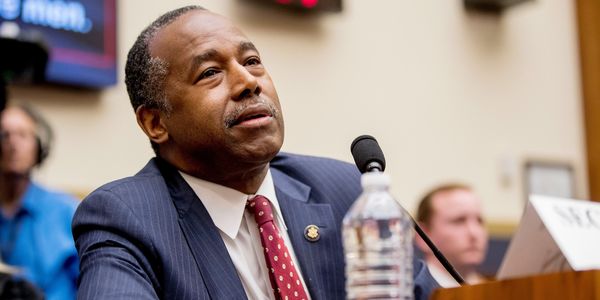 While the Trump administration is filled with unqualified officials whose sole mission is to undermine the agencies that they represent, perhaps the most egregious offender has become Secretary of Housing and Urban Development Ben Carson.

Carson has landed himself in the spotlight amid criticism that HUD had introduced proposals to scale back housing subsidies for lower-income Americans. Notwithstanding the fact that such a move is counter to the agency's mission, it was the disdain with which Carson conducted himself at the congressional hearing that made headlines.

Carson wasn't able to identify basic terms, like REO (Real Estate Owned), which he confused for "Oreo," the cookie. He thought OMWI (Office of Minority and Women Inclusion) was Amway, a health and beauty company. And he attempted to "reclaim his time" from a Congresswoman in a disgraceful show of disrespect.

It is one thing to be combative at a congressional hearing, but to be so incredibly smug while also putting on a full display his ignorance and contempt for the department that he runs is a new low for an administration already rife with unqualified individuals.

Ben Carson clearly – clearly – does not want to be at the Department of Housing and Urban Development.

Not only does he not know the basics of his job after two and a half years, but he doesn't want to know. His testimony was an embarrassment to the Republican Party—which is no easy feat in the Trump era. But most importantly, it was grounds for removal from his post.

We, the undersigned, demand that Ben Carson resign as Secretary of Housing and Urban Development so that someone with even a modicum of qualification can take his place.