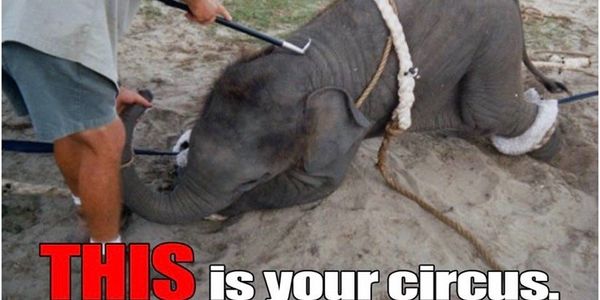 Earlier this year, a Federal Bill has been re-introduced in the House. HR 2863-S2121 is called TEASPSA-Traveling Exotic Animal and Public Safety Act. It needs support to become law! Demand the United States pass this law and finally end the suffering of all animals forced to endure the pain and suffering of circus and traveling acts for human entertainment.

KEY POINTS TO WHY THIS IS IMPORTANT:

Animals are housed and transported in very small cages.

Even for short journeys, animals are often loaded long before, and unloaded long after.

Circuses lack the resources to allow animals to exercise normally or act naturally.

Solitary animals get crowded together, predators and prey are housed in close proximity, and family members are separated.

Most "tricks" are coerced through the use of bull hooks, electric prods, whips, metal bars, and methods most would view as torturous.

Studies show that the transient nature of traveling circuses present significant challenges to, and increase the costs of, regulation and enforcement.