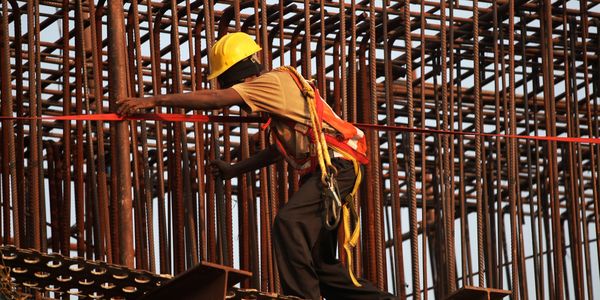 Thousands Are Dying All For a Football Game

Starting in 2020, when the 2020 FIFA World Cup events begin in the host nation of Qatar, experts anticipate that millions of visitors will attend to watch the games. But in order for Qatar to complete the massive job of building stadiums and infrastructure needed to accommodate these tourists, they began hiring hundreds of thousands of migrant workers known as "guest laborers."

These are not your average workers: these are people who are being exploited to build facilities for an event whose tickets they will never be able to afford. These workers, who hail mainly from poorer countries in Asia have been treated as anything but guests. In fact, now they are dying in droves.

Sign to demand Qatari and FIFA officials take responsibility for the thousands of migrant worker deaths taking place during the construction of the FIFA World Cup facilities.

The conditions are shocking. Construction workers are forced to toil under a baking sun with temperatures reaching as high as 113 degrees Fahrenheit, for up to 10 hours a day. At those temperatures, even healthy men and women can face serious cardiovascular strain and even death. And that is precisely what seems to be happening. The Guardian reports that since 2012 thousands of migrant workers have died, many in their sleep.

Qatari officials refer to this as sudden death syndrome (SDS). SDS is a blanket term for any migrant worker who has unexpectedly died, but since Qatari officials refuse to conduct post mortem investigations, there is no officially recognized cause for these deaths.

Under normal circumstances, postmortems are banned in Qatar unless a crime is suspected or if the deceased had knowingly suffered from a disease prior to death. But what's happening in Qatar with their guest workers is anything but normal. A mass of people have died without any real explanation, and the Qatari government isn't looking to find the answer.

Qatari officials have demonstrated that when it comes to the welfare of their "guest" workers, they don't care. But there is another stakeholder in this equation that also should bear some responsibility: FIFA, the organization responsible for putting on the FIFA World Cup and the reason behind this massive influx in migrant workers to Qatar. For years, they have been warned about migrant worker exploitation.

FIFA clearly needs to put more pressure on the Qatari government to improve the lives of these laborers. These tragedies are occurring on their watch and on their behalf. It's time for FIFA to stop turning a blind eye to these deaths.


Please sign the petition and ask FIFA to take responsibility and hold Qatar officials truly accountable for this crisis. FIFA must require Qatari officials to conduct post mortems on each and every guest worker who has passed and to protect these laborers from injury and death.

Care2
Thousands Are Dying All For a Football Game
SHARETWEET