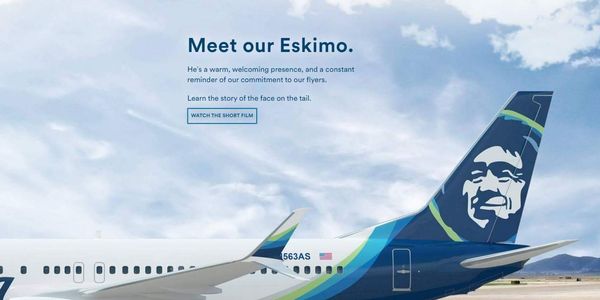 Alaska Airlines has launched a new rebranding campaign that begins by inviting customers to "Meet Our Eskimo". Their new campaign is culturally insensitive. Alaska Airlines is seeking to profit by exploiting the cultural heritage of Alaska Natives. In return they're offering a dehumanizing and inaccurate depiction of indigenous culture.

I am asking Alaska Airlines to pull their images with the wording "Meet Our Eskimo". I am also asking that they edit a January 25th blog post on their website that is culturally insensitive. I also ask that they accept an invitation to attend the First Alaskans Racial Equity Summit.

As the leading airlines in Alaska, Alaska Airlines has the opportunity to constructively engage in real dialogue about race and culture. I am asking them to step up as leaders in the Alaskan community by first pulling the offensive campaign and then participate in dialogue with Native Alaskan communities about respect.

Dear Alaska Airlines, As an Alaska Native woman I don’t encounter very much in the larger world, in advertising or media depiction that looks like me, or that looks like home. To a certain extent I think all Alaskans can identify with this. We complain about how the depictions of us on reality television distort and misrepresent what the real Alaska is like. As an Alaska Native woman, there is much less that showcases my culture and heritage accurately and respectfully.

I want to like your new rebranding campaign. When I read Halley Knigee’s blog post on your website (January 25, 2016) where she quotes Maija Lukin saying, “We all thought it was our tata, even if it didn’t look remotely like our grandfather” it really resonated with me. I would love to see a real narrative about the richness of Alaska Native culture lifted up and celebrated. That’s not what your campaign is though. Your company is looking to appropriate the image of an Alaska Native and use it for commercial use. In exchange Alaska Airlines is offering a cheap PR firm manufactured narrative. Worst of all the tagline that accompanies the rebranding campaign invites people to “Meet Our Eskimo”. Claiming the image of an indigenous person is troubling enough. The possessiveness of your “Meet Our Eskimo” is dehumanizing. If you change the wording to another population group it’s easy to hear how wildly inappropriate this statement is. “Meet our Black”. “Meet our Asian”. It’s not okay to use one image of a person as a representation of an entire group of people, and it is even less okay to possessively claim an ethnic identity and image as a way to market a product. Your company is explicitly using the image of an Alaskan Native as a means to generate profit.

The use of the term Eskimo is also troubling.Let's start with the fact that you only introduce the image by an ethnic term.Most people have names. Mine is Annie, Your CEO’s is Brad. My husband’s name is Mike. I don’t go around introducing my husband as the white man I’m married to. I might introduce him as my husband, Mike, but I always include his name after the signifier “husband” since he’s a unique individual who has an identity broader and more complex than “husband”. When I read Ms. Knigee’s blog post I was hoping to learn the name of “Your Eskimo” but instead I was treated to a story about how over the years there have been “common theories over the years” guessing at the man’s identity. Included are suggestions that he’s “Jimi Hendrix, Abraham Lincoln, Bob Marley, a lion, and Johnny Cash”. There’s a disconnect between supposedly celebrating the image of an indigenous person and in the next breath suggesting that he is a non-indigenous celebrity, or perhaps not a person but an animal. It’s degrading. It’s disrespectful. It further perpetuates the marginalization of Alaska Natives and reduces vibrant cultures comprised of individuals to an ingredient in the mythology your company is trying to create. Your CEO states that “to me, the Eskimo is the personification of who we are”. Alaska Airlines is co-opting the face of an indigenous person, and supplanting his identity with a corporate name and structure. That too, is dehumanizing.

In response to your rebranding campaign, you’ve been invited via Facebook by several individuals to attend the First Alaskans Racial Equity Summit occurring in Anchorage next week. I hope you attend. Your company has been ranked number one in the industry. You’ve received the J.D. Power award for eight years in a row and you consistently receive the highest ratings in customer satisfaction surveys. You win because you listen to your customers. Please listen to your community. Sit down and visit with us. As distressing as I have found your rebranding campaign, I am even more disturbed by your continued silence while being called out on this issue. Sincerely, Annie Wenstrup