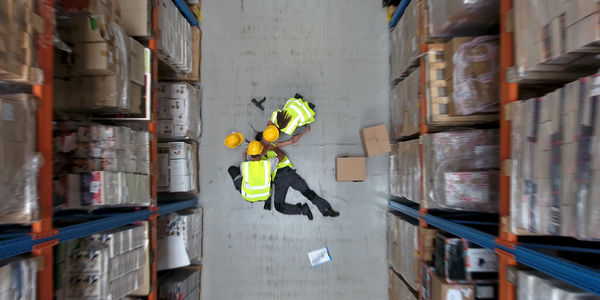 Amazon Employees are Literally Dying, But the Company Just Made an Announcement That Will Make Conditions Even Worse!

The holiday season is a time when people are encouraged to focus on gratitude, loved ones, and rest. But for Amazon warehouse employees, the holiday, or "peak," season, looks a little bit different. They will experience nothing but dehumanizing, injurious, and sometimes fatal working conditions.

Sign the petition now and ask that Jeff Bezos have mercy on Amazon employees.

This holiday season, Amazon has announced one-day shipping, boasting it as evidence of how much they care about their customers. But what about their employees that are maimed and killed?

During peak season, seasonal workers are added to the warehouses - this means the spaces are filled with under-trained and inexperienced employees. That will only compound Amazon's already despicable track record of employee injury and abuse.

Amazon is known for its convenience and speed, but according to a report by Reveal from the Center for Investigative Reporting, those perks come at the cost of life and limb. This report found that Amazon's warehouses average over twice the amount of serious injuries compared to the entire warehouse industry.

Many of these injuries occur because of Amazon's ridiculous productivity demands - workers must scan one item, no matter how big or heavy, every 11 seconds in order to meet their quota. They cannot concentrate on proper training because if their productivity wanes, they are fired. Ironically, once they are injured due to speeding through items, they are often left permanently debilitated and therefore fired anyway.

Other injuries occur due to a lack of training. In one such case, a warehouse maintenance employee named Terry was tragically crushed to death when a forklift fell on top of him. There is no record of Terry ever receiving proper training before he was sent to work on the forklift. He lay crushed and dying for two hours before someone discovered his body by following the pool of blood. Amazon later shifted the blame of Terry's death onto Terry himself.

No matter the cause of suffering in their warehouses, Amazon does not seem to care. When a gas leak in Amazon's Eastvale, California warehouse choked employees and burned their eyes, managers would not let them stop working. They needed to keep productivity high, and told employees it would be considered personal time off if they left. Eventually, employees had to call 911 in secret in order to get help.

This is unsustainable. Amazon needs to treat its employees like human beings - this means hiring more employees to cover the work and investing time and money in training so that safety is a priority and injury rates plummet. Jeff Bezos is currently worth 112 billion dollars - he can afford it.

No gift is worth giving this holiday season if the cost is a human life. Demand that Jeff Bezos and Amazon restructure their hiring and training process for the safety of their employees!
Sign Petition
SHAREShare With FriendsTWEETEMAILEMBED
Sign Petition
See more petitions:
You have JavaScript disabled. Without it, our site might not function properly.

Care2
Amazon Employees are Literally Dying, But the Company Just Made an Announcement That Will Make Conditions Even Worse!
SHARETWEET