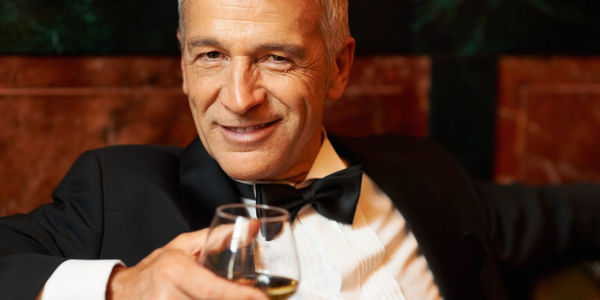 For years, the extremely rich have been allowed to avoid paying taxes on most of their outrageously large incomes and assets. It's not a huge surprise, and many of us have assumed this for a long time. And it's well overdue for these loaded individuals to finally step up and contribute in the way everyone else does.

That's why it's so exciting that the Biden administration has introduced its new "Billionaire Minimum Income Tax." Introduced as part of President Joe Biden's 2023 budget, this billionaire tax would identify those U.S. households that are valued to be worth $100 million or more -- including many billionaire households. And it would force them to pay a 20% minimum tax rate, which is only fair.

According to the Biden administration, "This minimum tax would make sure that the wealthiest Americans no longer pay a tax rate lower than teachers and firefighters."

What are we waiting for? Congress must pass the Billionaire Minimum Income Tax, now!

This would only affect the ultra-wealthy, benefiting the rest of everyone in society. As President Biden has made clear, "No one making less than $400,000 will pay an additional penny in federal taxes" under the specifics outlined in his new plan.

This billionaire tax isn't just about ensuring fairness, after most working families in the U.S. have spent decades watching the rich game the system. It's also about reducing the federal deficit. In fact, over the next 10 years, the billionaire tax would reduce our deficit by hundreds of billions of dollars. That would make a significant dent in our overall debt.

And more than half of the revenue that would help achieve a feat would come from families and people worth $1 billion or more.

Even though this is obviously what is right and fair, many in Congress don't seem convinced. Their wealthy friends want to hold onto every dime, at the expense of everyday Americans. So some members of Congress would rather push the burden for reducing the deficit onto poorer families and the middle and working classes -- making us foot the bill for government expenses, even while loaded families sit idly by.

At a time when people are continuing to suffer from decades of wealth and wage inequality, the horrible consequences of the pandemic, and looming inflation, we cannot make working families pay more than their fair share... especially when we know the rich are not paying theirs!

This should be something we're all able to get behind.

Congress must do what is right -- and what is good for the country. It must reduce the national deficit and restore fairness and order to our national taxation system. Sign the petition to demand that the U.S. Congress finally right the injustices of economic inequality, by passing the Billionaire Minimum Income Tax immediately!
Sign Petition
SHAREShare With FriendsTWEETEMAILEMBED
Sign Petition
See more petitions:
You have JavaScript disabled. Without it, our site might not function properly.