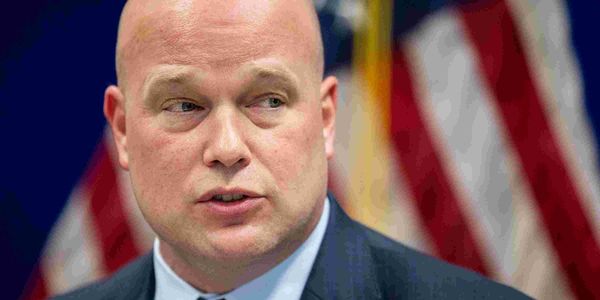 While it was always evident that, as far as Trump was concerned, former acting Attorney General Matt Whitaker's job was to jump on the grenade that is the Mueller probe, it seems that he has found himself in a heap of trouble for something entirely unrelated.

Per a bombshell report in the New York Times, the president allegedly called on the then-acting AG to put one of Trump's allies, Geoffrey Berman, in charge of the Southern District of New York's case against his former lawyer, Michael Cohen.

If these allegations are true, then it would clearly amount to obstruction of justice as far as Trump is concerned. But it would be a major problem for Whitaker, too, who previously testified to Congress that the president had never pressured him with regard to any Trump-related probes. The SDNY case overseeing the prosecution of Trump's own lawyer is one of two ongoing investigations involving the president.

According to Fox News' senior judicial analyst, Judge Napolitano, Whitaker would have implicated himself in one of two crimes.

"There's two potential crimes here for Matt Whitaker," he explained. "One is actual perjury, lying to the Congress. The other is misleading. Remember, you can be truthful but still misleading."

That the acting Attorney General of the United States would lie to Congress is in itself wholly disqualifying, but to think he could do it with no consequences is beyond the pale. We, the undersigned, demand that Matthew Whitaker be charged with either perjury for misleading Congress. No one is above the law — much less the top official charged with upholding it.