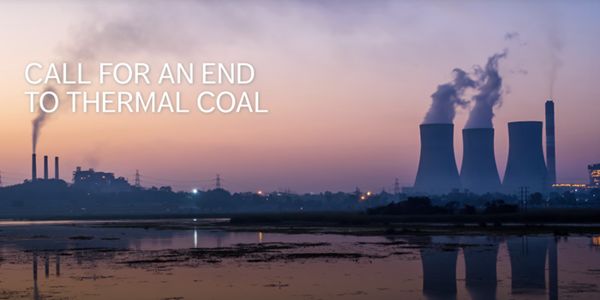 Canada needs to say no to the world's dirtiest fossil fuel!

It's time for Canada to stop carving up mountains, polluting the air, and making the climate emergency even worse by mining thermal coal and shipping it overseas.

Thermal coal is so bad for people and the planet that Canada has already brought in regulations to stop burning it for electricity by 2030. So why do we continue to mine and export this fossil fuel to the rest of the world?

Canada needs to say no to thermal coal, once and for all.

For years, Ecojustice has worked with Indigenous Peoples, community groups, and environmental organizations to fight coal projects, in the name of protecting the climate and human health.

These efforts have led to important victories on a project-by-project basis – but we can't keep playing whack-a-mole with the world's dirtiest fossil fuel. We need a full stop on the burning, mining, and exporting of thermal coal.

I am writing to you because I am extremely concerned about the mining and export of thermal coal in Canada. I do not believe this toxic fossil fuel has a place in Canada, and I am asking you to say no to it once and for all.

I know Canada has already committed to "phasing out" burning thermal coal for electricity. However, we continue to operate thermal coal mines here at home. Even if we don't burn this coal in Canada, it will still hurt our shared climate when it is burned overseas. We know that, once they're in the atmosphere, emissions don't respect borders.

Canada also exports thermal coal from ports on the West Coast, including shipments that arrive via train from the United States. This makes Canada an enabler of more dirty coal consumption and complicit in polluting the air in communities along the train routes.

Continuing to mine and export thermal coal here is fundamentally incompatible with your government's promises to combat the climate crisis. According to the UN Environment Program, global coal development must decline by 11 per cent each year between 2020 and 2030 if the world is going to keep warming below 1.5 C. It makes no sense to put in the effort to phase out burning coal in Canada while we enable others to keep using it.

As Prime Minister Trudeau himself has said, "The atmosphere doesn't care where carbon is emitted. It requires us to take action all around the world."

Canada must do its part to help the world move past thermal coal. If we don't, we will share the blame for the climate impacts to come, including rising sea levels, extreme weather events, forest fires, and other devastating effects on communities and human health.

Minister Wilkinson himself has said "there is no path to achieving the goals of Paris, nor to a liveable world for our children and for our grandchildren if we do not rapidly phase out the use of unabated coal fired power."

I urge you to follow-through on your own words and take steps now to ban thermal coal exports and end thermal coal mining in Canada.

Thank you for your consideration,

Care2
Canada needs to say no to the world's dirtiest fossil fuel!
DELTWEET