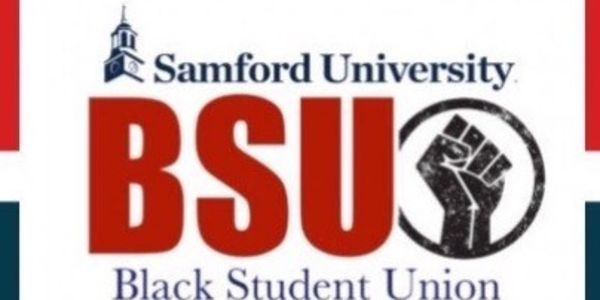 On October 9th, 2019, two students at Samford University posted a racially insensitive photograph. The photo was of one student wearing an alleged spray tan on her face and feet. The caption on the photo read "We changing races tonight!!" The same photograph was then shared via Snapchat—a popular social media platform—by a friend of the aforementioned student who is also enrolled at Samford University. After the sharing of the photograph, there were a plethora of responses to the post. Some students took the opportunity to defend the offenders' appalling behavior. They classified those who were insulted by the students' behavior as "very immature" and engaging in behavior that is "tarnishing to [the girls'] future and reputation." However, the majority of the student body, despite their race, were abhorred by the audacity of the students involved and the lack of understanding and remorse the students displayed for their actions. The Samford University Black Student Union, in partnership with the African Students Association, the Black Law Students Association, the Latino Student Organization, the Multicultural Affairs Committee, Delta Xi Phi Multicultural Sorority Inc., International Club, and the National Pan Hellenic Council, join together as a united body to share our concerns with the administration.

At a time in which racial discord is at its peak throughout the entire country, we want to believe that ignorance is not a valid excuse to post something as offensive as this photo. Samford University is located in the city of Birmingham, Alabama, one of America's hubs for civil rights. With the extensive history of battling for equality that this city boasts, it is unacceptable for comments like this to be made, much less ignored by those responsible for guiding and protecting the students. While a few of our peers have argued that the offending students have the right to exercise their freedom of speech, we urge the university administration to acknowledge that with freedom comes responsibility. The students involved failed to honor their responsibility to all members of the Samford University community. Each member of Samford has the right to feel safe and valued while pursuing their education. Often, marginalized people at Samford are subjected to microaggressions from members of majority groups.

In past and present, Samford has merely disregarded situations and sat quietly by, hoping the embarrassment that settled over the campus would be short lived and the affronted students would simply move on. Collectively, we urge our institution and the place that we call home, Samford University, to not fall afoul of this trend. We urge that Samford University not become one of many institutions that condone this behavior by choosing to reprimand students with a "slap on the wrist." We are requesting that the administration set a precedent that demonstrates our dedication to actively working toward the Core Value of the university which urges the "appreciation for diverse cultures and convictions."

We unite in sharing the following list of expectations:
1. A statement of support from Dr. Andrew Westmoreland, who has been silent on the issue thus far.
2. An acknowledgment of responsibility from the two students involved in the posting of the offensive photo on October 9, 2019.
3. Beyond the typical value-education class, both students should receive meaningful education that centers on cultural competency and racial sensitivity.
4. Administration should clarify the Code of Values and/or make an addition to the Code of Values that clearly and concisely prohibits the use of slander, slurs, and/or insensitivity toward any Samford affiliate despite their race, age, religion, sex, sexual orientation, gender identity, ability, or any other marginalized groups.
5. We urge each college to create curricular and cocurricular initiatives that emphasize the importance of diversity and inclusion as a part of each student's development.

Through the signatures of the presidents of the cultural organizations, we, the body of the organizations, approve of the above statement and proposal therein. We also pledge our cooperation and willingness to assist in helping to make this change and being part of the solution.

After reading this letter we ask that you sign the petition in solidarity to show support for the change we want to see.