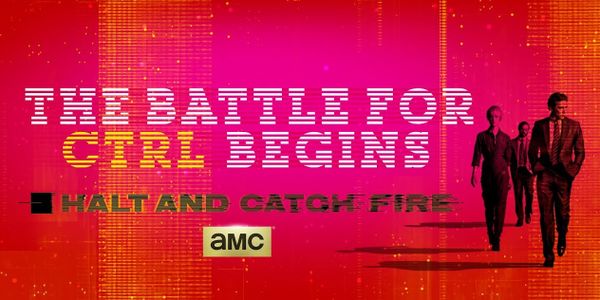 Halt and Catch Fire is what many consider the next "Mad Men" style television show. A show set in the Silicon Prairie in Dallas, TX in the mid 80's, with its characters eager to have a hand in molding the future of technology.

While season 1 had low ratings and average reviews, AMC saw something in it that could have potential. Season 2 proved that to be true--at least critically--with the second season clocking in with a 94% rating on Rotten Tomatoes. Halt and Catch Fire has been acclaimed as one of the best shows of the year, but due to what many believe to be a lack of marketing, the ratings for the show have remained roughly the same as season 1.

This is a show that deserves a third season and proper marketing to reach a broader audience. Everyone signing this petition would love to see season 3 continue the stories of the characters who are battling their way through an evolving technological era.

I'm writing this on behalf of the Halt and Catch Fire viewers who have fallen in love with the show. Attached is a sheet with over 2,000 signatures from all over the world requesting that the show be renewed. After the ratings for the second season finale were released, it became clear that this is a show that might not make the cut for a third season.

Those of us who have signed this petition believe that the low ratings were due to a lack of sufficient marketing. We strongly believe that this show is AMC's next Mad Men—its next Breaking Bad. We believe its a show with strong characters, story, acting, direction, and style. We think it has the capacity to become a truly memorable and classic piece of television. It just needs another chance and proper marketing to let people know its out there. Below are some statements from signers:

“Halt and Catch Fire is, in my opinion, one of the best shows on television. The characters and the story are so captivating and so representative of what I want to see more of in storytelling. It would be a tragedy not to be able to see more. Ratings systems are outdated; most viewers cannot watch life, and there are so many of us who (like myself) stream online via legal channels (xfinity tv offers free streaming with subscription). Please know that there are fans who are completely in love with this show and its characters, and that we all would hate to see such a stunning story cancelled after only two seasons.” - Megan Poirier, MA

“This is the first program since Breaking Bad that has gotten me to consistently tune in to AMC. Would love to see this program to continue as it keeps getting better and better. I really believe that you have an all time classic in your hands.” - Matt Farmer, WA

“Halt and Catch Fire needs to see a Season 3, at least. Not just because I love the show but because it hasn't been given a proper chance. I'm from the West Coast and I didn't see any adverts or commercials to indicate the show even existed. I'm completely zombied out AMC, I suggest that AMC nurture other shows as much as they do TWD. I LOVE Halt and I'm not a fan of TV but I'm willing to pay a cable bill just to see it!” - Sasha McArthur, BC

What makes Halt and Catch Fire so great is that its a bold show. Its a show about people building new technology out of their houses and garages, and how this affects their personal lives. It might not sound like much from the surface, but your showrunners, writers, and all others involved have done a phenomenal job creating a complex and gripping story.

Halt and Catch Fire is set in a time period not often touched on in media. This show is one of the first, but film and television like this seems as though it might be on the cusp of becoming more popular in the future. For example, Danny's Boyle's film Steve Jobs is being released later this year. Based off the trailer, it has much the same vibe and intensity as Halt and Catch Fire.

“Brilliant show, I can identify with what some of the characters are going thru, both technically and emotionally, the high and lows of coming up with great ideas that sometimes just don't seem to take off with the rest of the world. It also makes me reminisce about my days back in the 80's staying up all night with my computers, playing, learning, programming, trying to come up with the next big thing. Highly recommended, and definitely needs the chance to have a 3rd Season.” - Luis Larin, TX

“As a child of the 80s who grew up watching the II industry events depicted in the show--and the music--I love it, and I hope it will continue!” - Charles Milam, KY

“This is one of the most enthralling TV shows I have seen in a long time. Having grown up in the 80s, and going through the emergence of clone PCs and the rise and fall of the Commodore 64 and online gaming, I'm totally hooked!” - Mike Paull, SW

“I was working in the computer industry in DFW during the 80's. This show is so spot on! I love the cast and the storyline. Please give us more of Cameron, Joe, Donna and Gordon. I laughed so hard when Gordon had the investors in his garage and they were from Sabre, EDS, Tandy and GD. Only one I didn't work at was GD.” - Michelle Goodwin, TX

Any other network might immediately say that something like this is a boring topic; that there isn't a large enough demographic interested in something such as people trying to have a hand in the quickly evolving tech era of the 1980's. AMC has always been a network that makes bold television. Its what has always set AMC apart from other channels, and AMC's boldness has made it one of the best networks on television. We believe you have something special here. If it is at all possible, we ask that you renew Halt and Catch Fire for another season and strengthen the marketing for the show.