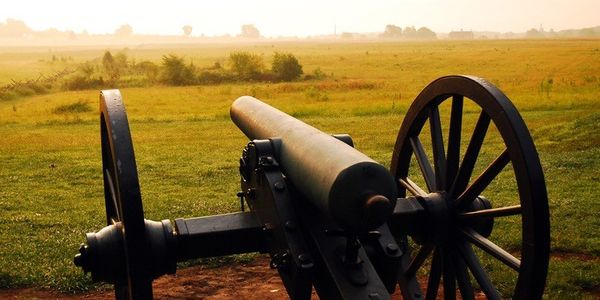 This U.S. State Had More Racist Confederate Monuments Than Any Other. Remaining Memorials Must Be Removed Now!

The capital city of Virginia, one of the oldest U.S. states, has just undertaken a historic mission: to remove all monuments that honor or celebrate the Confederacy. Once the capital of the entire Confederate States of America, Richmond, Virginia is attempting to address and heal the part it played in a poisonous time in history. This comes after Virginia's previous governor similarly undertook a project to remove a number of Confederate memorials several years ago.

Even though it comes more than 150 years after the Union decisively ended the secessionist movement, the city's move is still a step in the right direction. And it's a step the rest of the state should follow -- especially because, for years, Virginia had the most public Confederate monuments out of any state in the entire U.S. As of 2020, the state featured approximately 290 statues, memorials, or other public symbols devoted to the Confederacy. The Southern Poverty Law Center estimates that number is now closer to 183.

Sign the petition to demand Virginia's leaders finally put an end to hero-worshipping figures from its treacherous, slavery-filled past. They must continue the work already begun and remove the rest of these disturbing, hate-filled monuments now!

The historical Confederate States of America stood in direct contrast to the United States -- literally. A collection of 11 states in the Southeastern area of the U.S. turned on their country and fought a blood-soaked four-year war with the rest of their former sibling states. Not only was the Confederacy explicitly anti-U.S., it was also a movement born out of an indignant determination to continue enslaving other humans.

With the passage of 150 years, Confederate apologists have tried to rewrite this as a simple love of "states' rights." But let's be clear: the so-called "right" these states wanted to uphold was the ability to legally hold other humans captive, torture and control them, force them to work for long hours (often in extremely harsh conditions), and to pay them absolutely nothing. Laws at the time treated these enslaved human beings as nothing more than property, like furniture, livestock, or other chattel. It was a grotesque system that stripped parents, children, spouses, and whole families of their humanity. The Confederate states were committed to maintaining such cruelty. They were even willing to die for it.

There is no way to be both patriotic to the U.S. and idolize a secessionist group of states that literally committed treason against the U.S. They are diametrically opposed.

Any monument that exists to hail this treasonous collection of states, their military figures, or their political leaders, is an affront to American democracy and to racial justice. These monuments have no place in the modern United States. They must be removed -- NOW.

Care2
This U.S. State Had More Racist Confederate Monuments Than Any Other. Remaining Memorials Must Be Removed Now!
TEILENTWEET