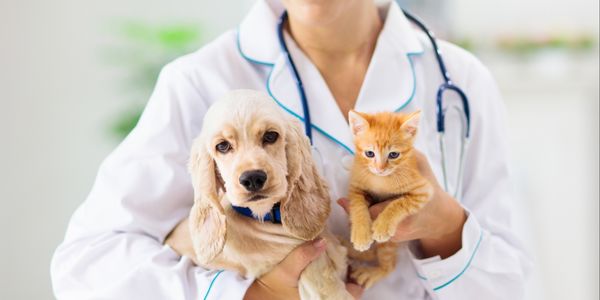 CARE2 UPDATE: We've got wonderful news! Thanks to your hard work and dedication to the animals of Ohio, Governor Mike DeWine signed into law House Bill 33. Now, social workers and veterinarians will be required to report instances of animal abuse and will be protected from criminal or civil liability. This new law also establishes a netword of cross-reporting, since animal law enforcement (such as animal control officers) will be required to alert social services to any animal, child, or elder abuse they witness.

But Senate Bill 205, which would make animal abuse a felony instead of a misdemeanor, has not passed. Without the support of proper enforcement and punishment, the reporting required by House Bill 33 is much less effective. Keep signing and sharing the petition!
-----
Animal abuse at the hands of humans is absolutely tragic. It's also a lot more common than you may want to admit. Amazingly, lawmakers in the state of Ohio have introduced a pair of bills that would go a long way toward protecting innocent animals. Both bills cite the connection between animal abuse and human abuse as part of their importance. The fact that those who abuse animals often graduate to human abuse cannot be overlooked.

Will you sign on to show your support for the bills? Ohio needs to know we are watching!

The first is Senate Bill 205. Enacting it would mean that animal abuse could be considered a third degree felony. Right now, it's only a misdemeanor, in the same category as shoplifting. But maliciously abusing a pet is a very different crime than stealing food to eat. Making this change would mean that the worst, most violent offenders are actually held accountable and not just given a slap on the wrist, ready to offend again soon.

While abusing and neglecting pets is already criminalized in the state, recent horrific incidents of animal cruelty show that these regulations don't go far enough to effectively protect these innocent beings. Ohio lawmakers clearly need to do more. It's time to treat pets like the precious family members and living creatures they are, and strengthen animal protection laws!

If passed and signed into law, these bills could make a real difference in the lives of people and animals in Ohio. Will you sign to support?