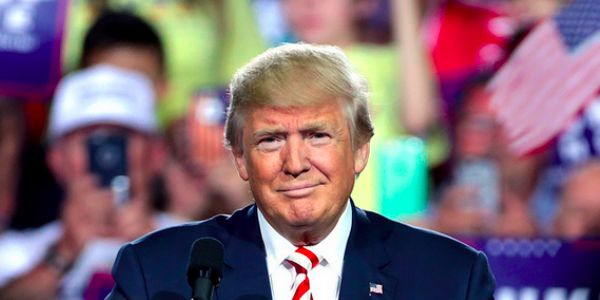 After a Week of Violence, Trump Needs to Condemn Hate

No American political figure has done more to divide the U.S. and incite violence than Donald Trump. And after the recent streak of violence across the country, it's clear that the consequences of his hateful rhetoric are only getting more extreme.

President Trump needs to condemn hate before any more people are killed. Sign the petition now.

Last week, a fervent Trump supporter sent 13 pipe bombs to prominent Democratic leaders and to CNN, a news outlet Trump has repeatedly attacked. At the same time, a white man named Gregory A. Bush shot and killed two black people — Maurice Stallard and Vickie Jone — in what is being investigated as a hate crime. And over the weekend, Robert D. Bowers opened fire on a Pittsburgh synagogue killing 11 congregants while shouting anti-Semitic slurs.

While running for president, Trump repeatedly incited violence during campaign rallies. He offered to pay the legal bills of supporters who attack people with dissenting voices at his public events. And he said that violence at his rallies is "appropriate" and that "we need more of that."

Not surprisingly, the country has seen a rise in violence based on race, religion, and political affiliation since his inauguration. Unchecked violent rhetoric has real life consequences.

Between refusing to condemn white nationalist protesters following the deadly Unite the Right rally in Charlottesville, continuously attacking Democratic leaders, and undermining the media, Trump has made it clear he has no interest in bringing the country together — and that he will turn a blind eye to violence against those he refuses to represent.

Even after calling for unity following the synagogue shooting, Trump quickly began attacking Democratic leaders — including some of those who were sent pipe bombs during last week's act of domestic terrorism.

Care2
After a Week of Violence, Trump Needs to Condemn Hate
TEILENTWEET