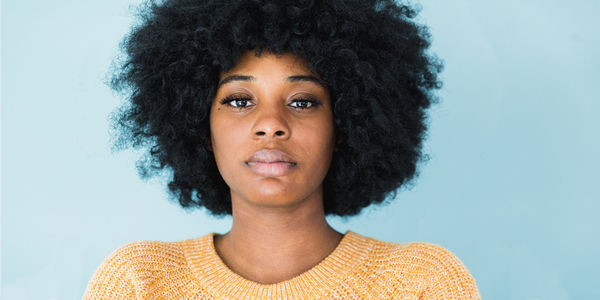 This Juneteenth, Demand Reparations for the Descendants of Enslaved Americans.

June 19. It's a day as synonymous with freedom as any day could possibly be. In a country that prides itself on valuing freedom above almost anything else, June 19 is a representation of just how sacred such liberation is. It's the day the last enslaved people in the United States learned they were free, nearly two years after President Lincoln issued the Emancipation Proclamation, and two months after the end of the U.S. Civil War.

Yet Juneteenth - the oldest known celebration of this day, the day of the final end of slavery - is still not a federally recognized holiday in the U.S. Even though it's every bit as important as July 4th, the day white land-owning men became free from the rule of colonial Britain, it's still not on the official holiday list.

It's clear that Juneteenth should absolutely be a federal holiday. But simply declaring a holiday unfortunately doesn't mean the nation has truly reckoned with its horrific past - and the continuation of systemic racism in the present, too. The United States must take accountability for what we and our ancestors did to enslaved Black persons on this land. We must create a system for paying out reparations, now!

Sign the petition to demand that U.S. lawmakers honor the end of slavery by voting for reparations!

The people who were enslaved in the U.S. were forced into expending their labor and lives to create the very foundations of our country and society. Even the most symbolic buildings in the nation were built with their labor: the White House, Wall Street, the U.S. Capitol Building, and - with tragic irony - the Statue of Freedom that sits atop the Capitol. Without compensation, without consent, and under the constant pressures of violence and bondage, these individuals constructed our hallowed halls, our economy, and even our global industrial might. Today -- in a large part due to this history -- the United States is one of the wealthiest countries in the entire world.

In exchange for all this, the U.S. has either chosen to marginalize African-Americans and defund their communities, or target them for violence - including police brutality. For generations, the descendants of enslaved persons have continued to endure devastating poverty and inequality, continued segregation, subpar educational opportunities, and soaring levels of incarceration. According to NPR, "African Americans are worse off than whites by almost every economic measure." And that is in large part due to the enduring legacy of slavery - which we have never attempted to economically rectify.

Some towns and cities are beginning to address the issue of reparations, with Evanston, Illinois and Asheville, North Carolina making steps forward towards compensation (however historically delayed). Sacramento, California is working towards creating a reparations bill. The topic is also alive in the U.S. Congress, where Democrats are considering legislation around reparations.

The U.S. government has dragged its feet for more than 150 years, refusing to address the issue of economic compensation for the people who literally built this country. We can not go back in time and undo the evils we created then. But we can compensate the descendants of enslaved people today. Sign the petition to demand Congress vote to create a system for reparations now!
Petition unterzeichnen
TEILENMit meinen Facebook Freunden teilenTWEETE-MAILEINBETTEN
Petition unterzeichnen
Mehr Petitionen sehen:
Sie haben JavaScript deaktiviert. Es kann sein, dass Ihre Website ohne JavaScript nicht richtig funktioniert.

Care2
This Juneteenth, Demand Reparations for the Descendants of Enslaved Americans.
TEILENTWEET