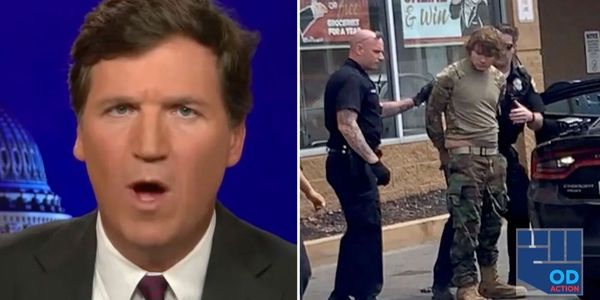 Kick Tucker Carlson off the air after his neo-nazi conspiracy theories inspired another mass shooting!

The mass shooter who killed 10 and injured 13 at a Buffalo supermarket posted an online manifesto championing "White Replacement Theory," a white supremacist conspiracy popularly embraced by none other than Fox News' Tucker Carlson.

The ludicrous premise — that nonwhite people are being brought into the United States to replace white people and destroy "western culture," all orchestrated by a sinister Jewish elite — has been amplified and promoted by the most-watched television pundit in America.

Suggesting that somehow immigrants are complicit in this plan to replace white people is not just ignorant, it's dangerous. Carlson has endangered millions of people all to selfishly capitalize on extremist panic and build his fan base.

Add your name to demand Fox News kick Carlson off the air for inspiring a racially motivated mass shooting!

The Washington Post reported that after only a year of Tucker Carlson bringing the white nationalist fringe theory to the forefront of conservative politics, nearly half of Republicans agree with it. In fact, those who said they prefer Fox News were more likely to agree with the theory than any other group.

The "white replacement theory" has been explicitly cited as motivation for at least four separate white supremacist terror attacks in recent history, including the massacre at Pittsburgh's Tree of Life synagogue in 2018.

It's long past time for the most prominent advocate of this disgusting propaganda to be kicked off the air.

Sign your name to call for Tucker Carlson to finally be deplatformed!