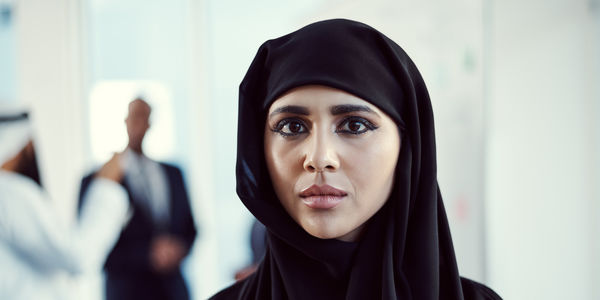 In This Country, Women Need A Male's Permission to Do Just About Anything

According to U.S. News and World Report. Saudi Arabia is one of the worst countries to be a woman. The kingdom practices strict sharia law and women are considered inferior. They have male guardians called "mahrams" which could be a father, husband, brother or even their son.

The mahram holds virtually absolute control over the life of the woman in his "care." Saudi authorities require the mahram's permission before a woman can wed. A woman needs to get her guardian's permission before she can get a passport to go abroad.

Nearly every aspect of a Saudi woman's life is controlled in some form or another by the government, the mahram or both.

These laws and norms are archaic and have worked to oppress 50% of the Saudi population. But, there is a possibility that something may change, and soon.

A recent announcement from the Saudi media suggests that they may lift the repressive women's guardianship laws. According to reports, the government will form a committee to evaluate the possibility of removing the patriarchal set of laws. And while Saudi's ruler hinted that such reforms would happen two years ago, there is now hope that the Crown Prince will actually repeal the laws this time.

This could be a major step forward for 14.5 million Saudi women. We must encourage the government to do what's right and let women have control over their own lives. These laws must go.

Care2
In This Country, Women Need A Male's Permission to Do Just About Anything
TEILENTWEET