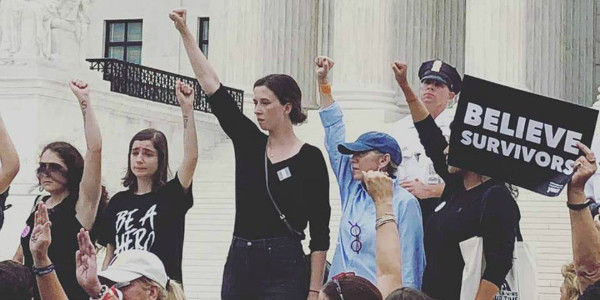 Break the Cycle of Sexual Assault on College Campuses

We're facing an epidemic of sexual violence on college campuses. 1 in 5 women and 1 in 16 men will be sexually assaulted during college - the rate is even higher for people who identify as non-binary, for people of color, for people with disabilities, for LGBTQ students, for first-generation college students, and members of other marginalized communities.

In 2011, the Obama administration announced that campuses needed to improve how sexual assault investigations were handled and reported, and that the federal government would monitor their progress. But Education Secretary Betsy DeVos overturned that decision, making it easier for perpetrators to get away with sexual violence and removing key protections for all students.

H.1209/S.764 ensures that the sexual assault reporting and response requirements set by the Obama administration not only stay in place, but are made stronger than ever before.

H.1208/S.736 requires every Massachusetts college and university to administer an anonymous sexual assault climate surveys to their students

Students have been working on these bills for over four years, and they could forever change how Massachusetts campuses respond to sexual assault—but only if they're brought to a vote and passed.

We chose the name "The Every Voice Coalition" because we believe that every voice deserves to be heard. If we're going to break the cycle of sexual assault, that's where we need to start: the individuals and communities who are directly impacted by sexual violence. What we need, in Ayanna Pressley's words, is for the people closest to the pain, to be the people closest to the power.

But that power won't be given over freely - it has to be won. For those of us who say #NoMore and #TimesUp, we have to actually be willing to show up for change. And that means doing the hard work of movement building, of holding those in power accountable, and of remaining committed through obstacles.

We are students, young alumni, allies, and survivors of sexual violence in Massachusetts. We are tired of seeing statistics come to life in the stories of those we love. The status quo of sexual violence is not acceptable to us. Now, we are calling on our peers, our administrators, and our elected representatives to be impatient for change and join us in demanding justice now.

Together, we can send a message to all college students: We believe you, we believe in you, and we won't stop fighting for you to have the education you deserve.
Petition unterzeichnen
TEILENMit meinen Facebook Freunden teilenTWEETE-MAILEINBETTEN
Petition unterzeichnen
Mehr Petitionen sehen:
Sie haben JavaScript deaktiviert. Es kann sein, dass Ihre Website ohne JavaScript nicht richtig funktioniert.