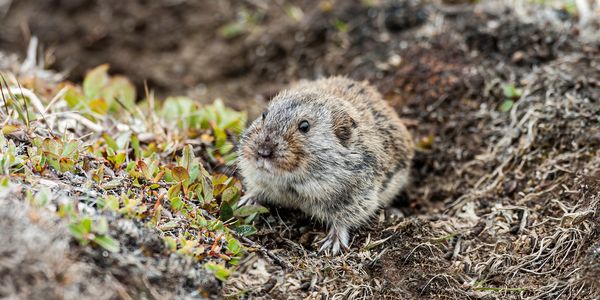 Demand Disney Take Responsibility for Its Horrific Massacre of Lemmings, and the Myth It Spread to Cover it Up!

Ever heard the phrase "don't be a lemming?" Referencing the tiny, hamster-like rodent, it generally means to not follow the crowd, and make decisions for yourself. But the phrase has nothing to do with actual lemming behavior, and became widely used/circulated after a dangerous and fabricated 1950s nature documentary, White Wilderness, in which Disney intentionally threw dozens of lemmings off a cliff to fit the narrative of their film. It is time the company lay this myth to rest and do its part to make up for the smearing of lemmings' legacy!

Sign the petition now to tell Disney to take responsibility, set the record straight, and invest in the future of the lemming!

Lemmings are adorable rodents that thrive in the tundra and open grasslands ecosystems. They weigh, on average, about an ounce, and many are found in Alaska and northern Canada. But Disney's White Wilderness wasn't filmed anywhere near lemming territory – the animals depicted were actually taken from Manitoba to Alberta, where the entire scene of a horrific "mass suicide" was staged.

Using its grotesque movie magic, Disney was able to make it look as though hundreds of lemmings were intentionally jumping from a cliff and plummeting into icy water where they would slowly drown. In reality, lemmings do no such thing, despite the myth that has persisted for half a century.

Mass suicide is not a risk for lemmings – population booms and reductions that are natural for the species are likely what began the lesser known myth that Disney made utterly widespread and enduring. But these adorable, short-tailed voles are threatened by climate change like so many other arctic mammals. Their tundra habitats are at great risk as the planet continues to warm and governments fail to take meaningful steps to cut greenhouse gas emissions. It is time Disney make up for its disgusting actions of the 1950s and protect against the actual risks faced by lemmings today.

Disney has made money off of portrayals of animals for decades – and it is time it takes responsibility for the myth they perpetrated. Disney should not only set the record straight about the fact that lemmings do not commit mass suicide, but the multi-billion dollar corporation must also apologize for its actions in the 1950s documentary and immediately donate funds to create Arctic refuges for lemmings and other cold-habitat mammals. Sign the petition now if you agree!
Petition unterzeichnen
TEILENMit meinen Facebook Freunden teilenTWEETE-MAILEINBETTEN
Petition unterzeichnen
Mehr Petitionen sehen:
Sie haben JavaScript deaktiviert. Es kann sein, dass Ihre Website ohne JavaScript nicht richtig funktioniert.

Care2
Demand Disney Take Responsibility for Its Horrific Massacre of Lemmings, and the Myth It Spread to Cover it Up!
TEILENTWEET