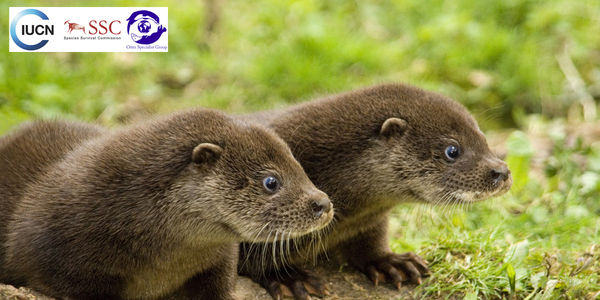 Stop Otters From Being Illegally Killed in Austria

Lower Austria is planning to trap and shoot otters at the end of February 2017. The Eurasian otter, Lutra lutra, is only just recovering from a century-long decrease in Austria, one of the European hotspots for otter recolonisation.

Lower Austria, as part of European Union (EU), must follow the European Union Fauna and Flora Habitat Directive which places the otter under complete protection.

The reason for the culling is the result of pressure from fish farmers and anglers, that claim economic loss. An analysis of the situation shows that there are many reasons that cause fish declines. When anglers stock rivers, for example, with farm-raised fish such as salmonoids, these fish have no adequate anti-predator behaviour and are easily caught by otters.

Culling is not a solution. Studies have shown that when an otter is removed from an area, another otter will quickly occupy that territory again. There are many proven mitigation measures that will keep otters out of fish ponds and therefore reduce economic loss. Furthermore, culling will be performed during the March-October breeding season: pregnant females as well as mothers with cubs could be killed.

The consequences are too dramatic to be imagined. That is why we are urging Lower Austria to stop and reconsider this detrimental plan that goes against European directives and conservation programs. Better long-term solutions can be found which will not imperil this charismatic species!

we heard that you are intending to reduce otters in Lower Austria by shooting and trapping. You believe that a reduction of otters, by hunting and trapping, will reduce damages to fish populations in fish farms and rivers to a level acceptable for the owners of fish farms and anglingright holders in rivers and streams. Fish losses may be caused by otters, but as you know, there may be many other reasons as well: new chemical burdens, hydro-powering, fish diseases, climate change, etc.

Since the otter was absent for decades in most of Central Europe, as was the case in Lower Austria, fish management at that time, both in rivers and in fish farms, was designed with no concern for possible otter predation. Now the otter is back and it may well be that unfortunately traditional fish management techniques may enhance otter predation, rather than reduce it. This is particularly true when people stock fish for angling purposes in rivers and streams.

Based on the territorial life style of the Eurasian otter and what we see from similar conflicts with other otter species we predict that:


I hope and believe that you understand that the otter conflict problem in Lower Austria is of significant importance for conflict species management not only in Austria, but in Europe. Please reconsider your plans and find other, more sophisticated methods to put in place.

Care2
Stop Otters From Being Illegally Killed in Austria
TEILENTWEET