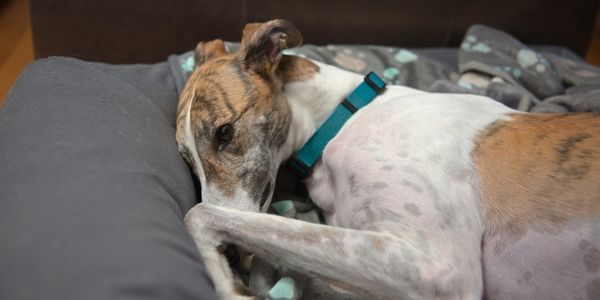 21 pet dogs died after being horrifically poisoned by tainted dog food because there are no pet food standards in Australia!

It all started with some dogs refusing to eat their food. Then some collapsed. Dog after dog took a turn for the worse, suffering from dehydration and other clear signs of discomfort. Some of the poor pups had seizures, one's lasting for an agonizing 30 minutes. In the end, 21 dogs died and at least 40 more became seriously ill -- and the thing they all had in common was the same dog food supplier, Maffra District Knackery in Australia.

One of the retail brands sold by Maffra District Knackery is Backmans Greyhound Supplies -- a batch of Backmans is what killed Pash and Pebbles, two sweet retired greyhounds whose owner was just trying to give them the best life possible after grueling years on a racetrack. After eating a batch of pet food tainted with indospicine, which is known to bring on liver disease and death in dogs, the two poor dogs' health took a nosedive. Neither would ever recover.

A nurse at the veterinarian's office where both Pash and Pebbles would later die told their owner that she had heard of similar cases at another vet's office -- and in dogs that had eaten from the same food supplier. On social media, Pash and Pebbles' owner learned of many, many similar cases of dogs who had eaten food from Maffra District Knackery and become gravely ill or died. One poor owner lost both of her dogs within the span of 15 hours.

This immense tragedy highlights the Australian legal loophole that actually allowed this to happen -- all pet food standards in the country are completely voluntary, meaning there are no legal or financial incentives for pet food suppliers to keep animals safe! Back in 2018, a Senate committee even recommended that pet food standards "be made mandatory and incorporated into consumer law." But the government said that consumer law was only meant to protect humans, not pets.

Make no mistake -- Pash, Pebbles, and every other pet in Australia, of which there are millions, are family members, companions, and living, feeling creatures. They and their families deserve protection under the law. If the Australian government had taken the Senate committee's suggestion in 2018 seriously, this horrific tragedy may never have happened.

Now, they need to take this event as a sign. Add your name imploring the Australian government to standardize and enforce mandatory pet food standards across the country!

Care2
21 pet dogs died after being horrifically poisoned by tainted dog food because there are no pet food standards in Australia!
TEILENTWEET