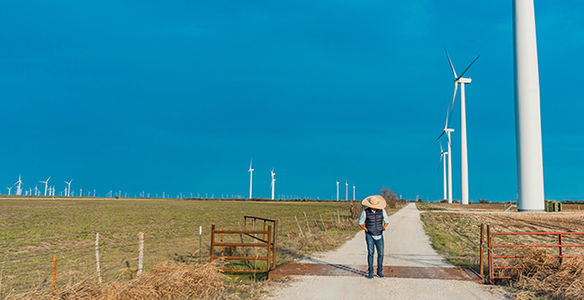 New Mexico is witnessing a climate-fueled natural disaster: small towns destroyed, tens of thousands of people displaced, hundreds of thousands of acres already burned with little containment. This fire season, so early and so massive, must fuel a sense of urgency to take bold climate action to address the root cause for the conditions that have been driving larger, more devastating fires in New Mexico and across the arid West.

New Mexico is the fastest warming state in the continental U.S. Reduced snowpack and runoff will again leave Rio Grande irrigators facing the need to fallow some land or risk having water for only part of the season. Wildlife that populate our lands and waters are significantly impacted in ways that threaten their ability to survive and thrive. If we don't act, the climate crisis will only add to the state's volatile economy, and further complicate our communities' capacity to adapt in the long-term.

With Russia's invasion of Ukraine not only devastating that country but also threatening energy supplies in Europe and around the globe, there are calls for "unleashing" the oil and gas industry to ramp up supply and protect consumers. Some making this case are acting in good faith, but many are cynically using the Ukraine invasion and energy crisis to win policy changes they could not achieve otherwise.

But we cannot be distracted. We must transition to a climate-resilient clean energy economy centered in wind, solar and energy efficiency that provides stability for workers and families, the state's revenues, and for our air, land, water and wildlife.

It is imperative that New Mexico and the nation quickly move forward now with a robust and equitable transition toward clean energy and a zero emission economy - a transition that sets the foundation for a thriving, resilient future for the state's people, communities, and natural heritage. We must develop and implement a policy framework for dramatic reductions in greenhouse gas emissions statewide. This policy framework must be comprehensive, durable (codified into state law), and enforceable.

There has been progress at the state level. Governor Lujan Grisham's 2019 executive order on climate set a target of reducing greenhouse gas emissions by at least 45% of 2005 levels by 2030. The Energy Transition Act set a target for 100% clean energy electricity by 2045; we now have nation-leading methane emissions rules; and New Mexico has begun the process for electrification of cars and trucks in the state. However, the Governor's October 2020 climate strategy report found that current and pending state greenhouse gas-reduction policies will not achieve these targets: "reaching these ambitious targets will require significant change beyond the bold steps we are already taking." The effort in the 2022 legislative session to establish a statewide climate action framework, which would have represented "significant change," failed to pass.

The majority of New Mexico's Congressional delegation are climate-minded and have played an important role in addressing the climate crisis at the federal level and for the state. The American Recovery Plan Act and Infrastructure Investment and Jobs Act are directing billions to the state for infrastructure investments that will help build climate resilience and provide a basis - in better travel and broadband, for example - for increased entrepreneurship and a more diverse economy. A fully funded climate action policy, as outlined by the President, would significantly strengthen these initial investments.

New Mexico's diverse and culturally rich communities have a long history of resilience and adapting in times of great challenge, embracing obstacles through innovation, creativity, and determination. New Mexico's leadership and administration must help unleash this creativity and determination by adopting equity and justice principles that center our state's people and communities, many of whom have long been overburdened by systemic environmental and socioeconomic inequities.

To quote the Governor, from remarks made at the UN Climate Change Conference (COP26) in Glasgow last Fall:

"This week was a true call to action for every city, state, province and nation on Earth. I'm bringing back to New Mexico ambitious commitments and valuable partnerships that will inform our continued action on climate in our state… In a state that's an energy state, we have to lead by example. We have to get it right… For every single prior administration, the argument becomes, we can't do anything to an industry [oil and gas] irrespective of this existential threat because it funds public schools. That is ridiculous, that pervasive, perverse situation has to be upended. So we've done what you should do."

We must transition to a climate-resilient clean energy economy centered in wind, solar and energy efficiency that provides stability for workers and families, the state's revenues, and for our air, land, water and wildlife. Standing together to accomplish these goals, we can take action to create a New Mexico our children can thrive in and be proud of. We urge you to act boldly to address the climate crisis by transitioning to a net-zero climate emissions economy and centering the most impacted communities in the policy process.