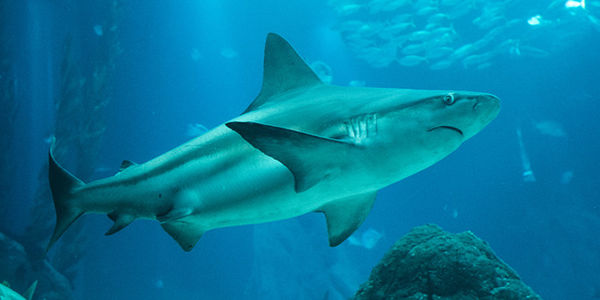 This Shark Week: Say No To The Shark Fin Trade!

To provide these fins, fishermen often engage in shark finning – a gruesome, inhumane practice in which they cut off sharks' fins, then toss the mutilated animals back into the ocean where they drown, bleed to death, or are eaten alive by other fish. The shark fin trade also plays a major role in the steep decline of shark species worldwide, some populations of which have dropped by as much as 90% in recent decades.

Although shark finning is prohibited in U.S. waters, the country still has a market for shark fins. Consumers in most states can buy them, and we are one of the world's top importers of shark fins as well as a transit point for transnational shark fin shipments. That means the United States contributes to shark finning and dwindling shark populations elsewhere in the world.

As your constituent, I urge you to cosponsor and push for passage of the Shark Fin Sales Elimination Act, H.R. 2811, which will prohibit the commercial trade of shark fins and products containing shark fins. In the last Congress, this bill passed the House by an overwhelming margin of 310 to 107 and has already passed out of the U.S. Senate in this Congress as part of a broader legislative package, the U.S. Innovation and Competition Act, S. 1260.

The United States is one of the biggest players in the international trade of shark fins. Although our country prohibits shark finning – a gruesome, inhumane practice in which fishermen cut off sharks' fins, then toss the mutilated animals back into the ocean where they drown, bleed to death, or are eaten alive by other fish – many other countries do not. By participating in this global business, the United States fuels shark finning elsewhere as well as the decline of shark populations everywhere.

Sharks have occupied our oceans for 400 million years, but scientists warn that existing populations cannot sustain the current level of exploitation. Fins from as many as 73 million sharks are traded worldwide annually, and sharks are being killed 30 percent faster than they can reproduce.

By passing this bill and getting our country out of the destructive shark fin business, the United States will expand our leadership in global shark conservation and strengthen the current ban on shark finning in U.S. waters.

As top predators, sharks help ensure the health of oceans. Please support the Shark Fin Sales Elimination Act, H.R. 2811, to protect these great creatures as well as our oceans themselves.

Care2
This Shark Week: Say No To The Shark Fin Trade!
TEILENTWEET