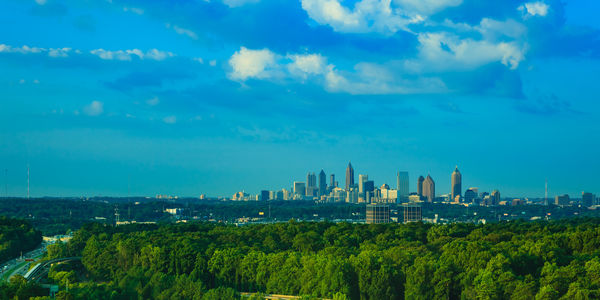 Atlanta Is Going to Knock Down Their Biggest Forest All So Cops Can Have a New Militarized Playground!

Despite the fact that an overwhelming majority of Atlanta residents publicly oppose "Cop City" -- a police militarization training facility -- it was still approved by the Atlanta City Council. On top of the problems that expanding police resources can bring, the site would also destroy much of Atlanta's South River Forest, threatening one of the city's best defenses against climate change. The Atlanta Police Foundation, which is helping fund the project, "has been a scourge to Atlanta's Black, homeless, and otherwise vulnerabilized communities for nearly two decades. Building Cop City would only make things worse for these communities."

Sign the petition to tell the Atlanta City Council to stop Cop City!

Right before the September 2021 vote, Atlanta City Council received 17 hours of pre-recorded comments, with 70% of residents expressing their opposition. After listening to the endless reasons to stop Cop City, the council still passed it.

The plans for the police training center are extensive -- designs include a fake city for training, a helicopter landing base, shooting ranges, burn tower sites, and more. The facility would mean the destruction of 85 acres of Atlanta's South River Forest, which has played a crucial part in protecting the city against climate change, particularly in preventing stormwater flooding.

The chair of the Sierra Club's local chapter warned of the consequences of Cop City: "If built, the APF's facility would constitute a huge investment into a system of policing and militarization that has already proven to be dangerous in this city and around the world, in forms ranging from racial disparities in deadly interactions with police, to pollution from explosives and gun ranges persisting in the environment."

Care2
Atlanta Is Going to Knock Down Their Biggest Forest All So Cops Can Have a New Militarized Playground!
TEILENTWEET