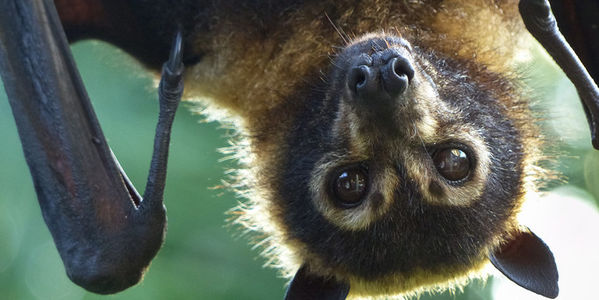 Don't let bats become ghosts. Save them by signing the petition now.

It's spooky season now, but one of the scariest things happening is actually the possible extinction of certain kinds of bats!

Sign the petition to save our glorious friend the bat!

These winged creatures are really some of our dearest friends, but we often don't even realize it. Because of these furry nocturnal echolocators, the food we eat is able to grow, since bats are essentially natural farmers. Their guano, or poop, is one of the richest, most nutritious fertilizer available in the world. On top of that, they spread seeds and even pollinate flowers (Google "bat covered in pollen" to see the adorable evidence).

If it weren't for bats, we might not even be able to grow our pumpkins or — worse — the cocoa that becomes our Halloween chocolate candies. Coffee and chocolate both owe a lot of their existence to bats.

On top of that, bats keep us safe from nasty, disease-carrying insects — especially mosquitos. Many species of bats loooove to snack on these little obnoxious bugs, cleaning our air and sparing our skin from itchy bites. Bats are like flying citronella, except way more effective.

And, in other news, these little fluffy fliers are just plain cute. They cuddle up together in massive upside-down heaps to stay warm in chilly caves while sleeping. And mama bats even send their little babies off to batty daycare where adults gather together to look over their young and raise them in big nurseries.

But right now, bats are in danger. A strange and mysterious disease called white-nose syndrome is murdering our flying friends. This gray-white fungus starts growing on the tips of bats' noses and grows over the rest of their faces, slowing dooming them forever. In addition, human construction is tearing up many places where bats find natural habitats, destroying their homes and communities.

The impending downfall of bats is so concerning that now, some species are even being protected by the U.S. government under the Endangered Species Act. But as we all know, Trump and his animal-hating cronies are doing everything they can to gut this act and destroy wildlife's homes and rights forever. We can't let them win!