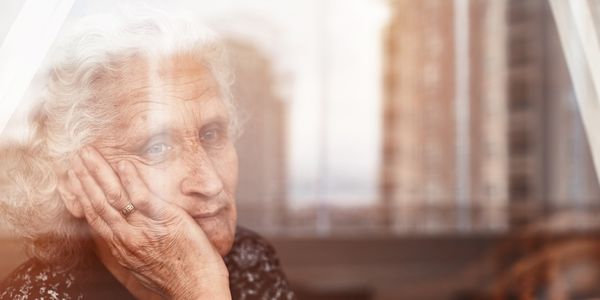 The Holocaust. The systematic persecution and extermination of Jewish people by the Nazis was undeniably one of the darkest, most nefarious tragedies in human history. The genocide of six million Jews, along with smaller but not insignificant numbers of other marginalized groups like disabled people, LGBTQ folks, and political resistors, is a well-known, thoroughly researched, and widely taught historical fact. Most of us agree it would be a huge mistake to let this calamity fade into the realms of forgotten memories, lest we allow history to ever repeat itself.

But due to recent and dangerous law changes in Texas, one school district seems to think that the events Holocaust are open for interpretation. An official at Carroll Independent School District actually had the audacity to tell educators that they needed to offer "opposing" perspectives in their Holocaust resources. There's only one way to "oppose" facts of reality: with denial.

This is beyond terrifying. The only "opposing" perspective is downright Holocaust denial; dangerous lies that have no place in schools, or anywhere. Texas Legislators must repeal House Bill 3979, which has empowered this kind of horrifying guidance in schools!

Gina Peddy, the official who told educators to offer Holocaust-denying materials, referenced HB 3979 when she made these offensive remarks:

"Just try to remember the concepts of [House Bill] 3979," she said. "And make sure that if you have a book on the Holocaust, that you have one that has an opposing — that has other perspectives."

HB 3979 is Texas Republicans' desperate attempt to bar educators from talking about racism and race theory as it relates to the history of the United States -- which most would agree are inextricably linked. The U.S. was built by enslaved people, the civil rights movement was as recent as 50 years ago, and the country's criminal justice, educational, and most other systems are undeniably rooted in white supremacy. The only way to change this is to admit it and learn from it -- which is exactly why Texas wants to deny it completely.

The law is intentionally vague and lacking in guidance in order to ensure that any teacher who brings up race in a way that a parent, teacher, or school official doesn't like, can be silenced by this law. And that vagueness, along with the racism and bigotry that this law is rooted in, is exactly what empowered Peddy to think she could demand that educators teach Holocaust denial.

The district as already issued an apology, rightly stating that "there are not two sides of the Holocaust." But this district has also been in the news lately for telling teachers to discard materials that are supposedly too "one-sided," all because a teacher had an anti-racism book on display.

It comes as no surprise that this harmful law, which came in a wave of other oppressive legislation in Texas this year, is already doing damage. It's a humanitarian nightmare, and it can't be on the legal books a minute longer. Sign the petition if you want Texas to repeal HB 3979, and allow teachers to educate kids about actual, factual history!
Sign Petition
SHAREShare With FriendsTWEETEMAILEMBED
Sign Petition
See more petitions:
You have JavaScript disabled. Without it, our site might not function properly.