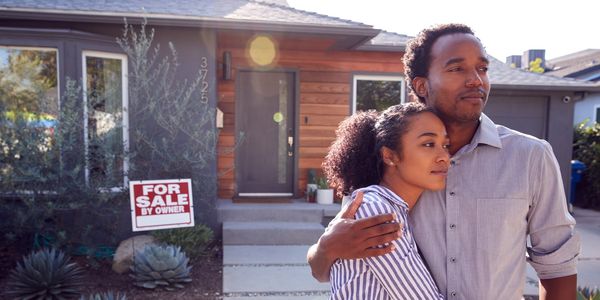 A Black Couple’s Home Was Valued Almost $500,000 Higher When Their White Friend Posed As The Owner

A Black couple in California was suspicious when, after investing hundreds of thousands of dollars into home renovation -- including adding a deck, redoing the floors, and renovating the bathrooms – their property value went up by barely 10%. So, sensing that they were being discriminated against, they decided to test the realtors. After whitewashing their home, removing all African art, and asking their white friend to pose as the homeowner, the home was appraised nearly a half a million dollars higher.

Sign now to tell the California Bureau of Real Estate Appraisers to revoke the appraiser's license who so drastically undervalued this couple's home!

For over a century, realtors and legislators have both explicitly and discreetly discriminated against Black people seeking to own or sell homes. Between the 1930s and 1960s, many state licenses across the country explicitly required agents to discriminate against Black families. In fact, some agents would get their licenses pulled if they sold a home to Black family in a predominately-white neighborhood.

In theory, discrimination in housing was supposed to be eliminated by the vital 1968 Fair Housing Act. But recent studies show trends of anti-Blackness in housing have persisted. A 2018 report from The Center for Investigative Reporting found that in 61 metro areas, people of color were more likely to be denied home loans than whites, even when white families made less money than Black families.

While anti-bias and anti-discrimination training has been introduced in the industry, there is still clearly a long way to go – and there is no place for an appraiser like this one in the future of real estate equality.

Sign the petition demanding that the California Bureau of Real Estate Appraisers delicense this appraiser for clear discrimination!

Care2
A Black Couple’s Home Was Valued Almost $500,000 Higher When Their White Friend Posed As The Owner
SHARETWEET